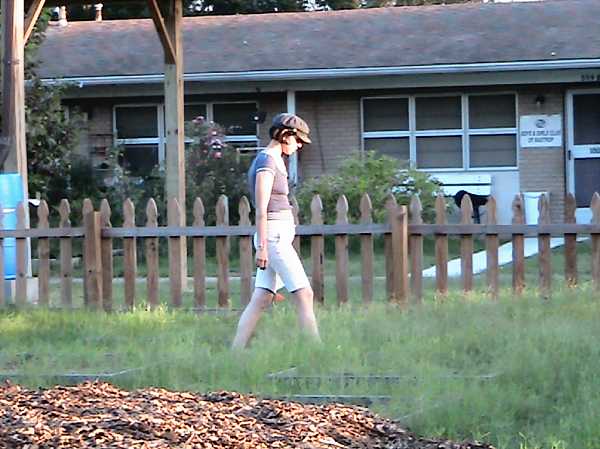 Published on November 11, 2012 by Rozina Kanchwala

Modern agriculture in its highly mechanized, chemically intensive, and corporately controlled ways has an uncertain future. It is seen by many as an unsustainable system. Some environmentalists claim that the chemical inputs that supposedly yield higher outputs degrade soils, requiring more and more chemicals with each harvest cycle. The implications of this are two-fold: Farmers are constantly dependent on chemical companies to ensure their crops will grow in their degraded soils and these chemicals are major sources of greenhouse gas emissions. Furthermore, corporations have succeeded in destroying many seed varieties to make harvesting of crops more efficient and to better market their seeds.

The good news: The need to take back control of our food system away from profit hungry corporations is becoming more and more apparent in a growing number of places in the world. Urban gardens are sprouting and demand for locally produced and organic food is increasing. And, where this concern has not yet spread or is being silenced, activists are ready to face the resistance and change the status quo. 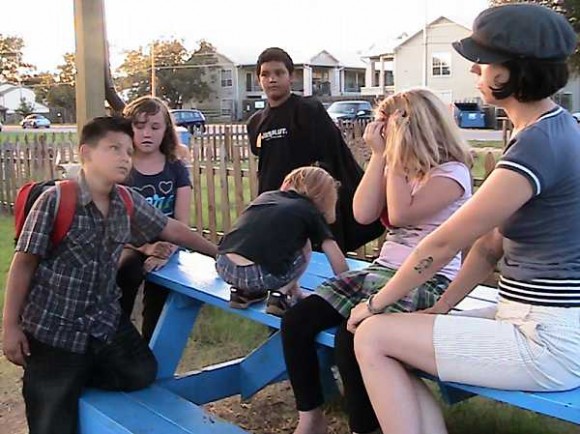 Brittney Benton is one such activist who lives in Bastrop, Texas, a town about 30 miles east of the capital city, Austin, which is often seen as a liberal enclave in a mostly conservative state. Though Bastrop is near to Austin, it hardly reflects Austin’s culture for growing and consuming locally grown and organic food. Brittney, however, is working to change this, despite the resistance she faces.

Brittney lives with her partner and their two children whom they homeschool. The family lives a healthy and happy life, though they often struggle to make ends meet. Brittney grows fruits, vegetables, and various herbs in her garden with which she makes herbal tinctures for medicinal remedies that she uses for her family and also sells. She believes that our modern life has taken us away from nature and its wonder, and she strives to regain that connection. From simple acts such as herbal remedies to teaching children how to grow their food naturally, Brittney demonstrates her commitment to bringing us closer to nature.

Last year, Brittney got in touch with two organizations in Bastrop: the Boys and Girls Club, which is set up as an afterschool program for at-risk children and the local Housing Authority, an establishment for low-income families of Bastrop, to create a community garden. She saw these two organizations as the perfect avenues where such a garden would serve as a hands-on educational space, allow a site not in use to be beautified, and provide healthy and nutritious food to low income families. Unfortunately, the directors of both organizations decided to put as many hurdles as they could find to keep Brittney from facilitating the creation of a community garden.

Despite their initial enthusiasm towards the project which inspired Brittney to gain community support, generous donations from local nurseries and other businesses, and volunteers from various organizations including the Rotary Club and the Boys Scouts, once plans were underway for the project, the directors of the Boys and Girls Club and the Housing Authority decided instead that this garden was not a good idea. “A playscape is better suited for the needs of our children so this garden of yours will need to be put on hold,” said the director to Brittney who has since quit with the Boys and Girls Club. Its new director, however, showed even less enthusiasm. He told Brittney, “We have our sponsors that we need to keep happy so we can keep getting money to fund our organization. We won’t sidestep these programs for your garden.” What seemed lost to the directors was that it was not her garden; the idea Brittney presented was for a community garden. It would be a place where children could gather and be a part of creating something of their own as well as a larger movement.

In her final attempt to get this project moving, after beds had been constructed, the site had been weeded, and community members were eagerly waiting, Brittney met with the two directors and a Rotarian who had assisted in installing the drip irrigation system. It was at this meeting that Brittney was called a “socialist with a political agenda.” She was told that this type of project might cause problems for her as some parents might not agree with the type of education Brittney was proposing teaching the kids.

Brittney explained that this project goes beyond politics and it’s just about raising food for the community and giving these children something they can feel proud of. The meeting ended with the director of the Housing Authority creating another hurdle and ultimately succeeded in putting a stop, or temporary hold, on the project.

A year and a half passed with no one seeming to mind that the garden beds were overgrown with weeds. The site was abandoned. 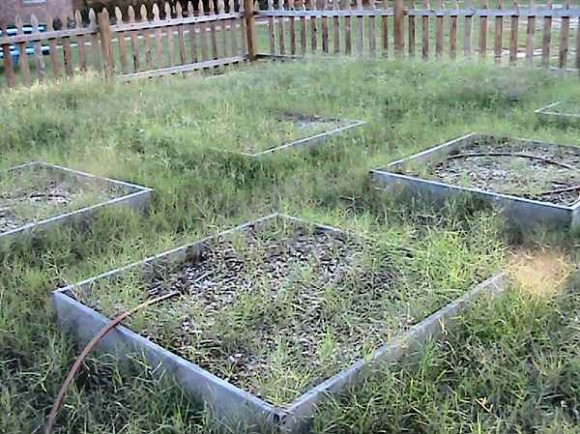 On a recent walk to the site, Brittney regained her enthusiasm for the project by seeing the excitement the kids had when she mentioned the idea of a garden. There was one third grader in particular who Brittney saw collecting trash on the site. She knew these kids deserved the opportunity to engage in something positive and she would go ahead with the community garden. She thought it would be absolutely absurd if anyone tried to stop her as the space was clearly there with the beds ready and not being used. These children, labeled as “at risk” children would have a positive outlet and engage in a broader movement at their local level.

Brittney was about to start “guerrilla gardening.” Guerrilla gardening, as the term may suggest, refers to the act of gardening on land that one does not have legal rights to. It has been met with positive and negative responses. In some cases, guerrilla gardeners managed to sway authorities into reconsidering land ownership. Some guerrilla gardeners work secretly, often at night while some work during the day to make an explicit point to the community. Brittney chose the latter. She wanted to stick to the principles of a community garden and let anyone that wanted to get involved that chance.

Initially, the guerrilla gardening was going well. Over fifteen children would regularly come and take part in the project. It was apparent these kids were proud of being part of creating something positive. They enjoyed learning about gardening and the broader implications of their project. Unfortunately, the director at the Boys and Girls Club felt threatened that “Brittney’s” garden was competing with his programs, even though Brittney would often go to the site once the hours of the club had ended. He then said that these kids were not covered under liability insurance and unless they had insurance, the garden had to be stopped immediately. Unsurprisingly, the Housing Authority was also of no assistance. As part of a federally funded project, the Housing Authority could not afford to let someone speak out about any government policies, including the government’s support of multinational seed corporations who prioritize profits over health, nutrition, hunger, or the environment.

Brittney will continue gardening and hopes that the authorities do not destroy the garden for fear of the damaging effects that this could have on the spirit of the children who are so enthusiastically engaged with the project. Through guerrilla gardening locally with the aim of bringing education, awareness and good food to Bastrop, Brittney is in fact part of a larger movement that is working to bring alternative food systems into the mainstream.

Next post: Woman Has Finger Cut Off for Littering in China