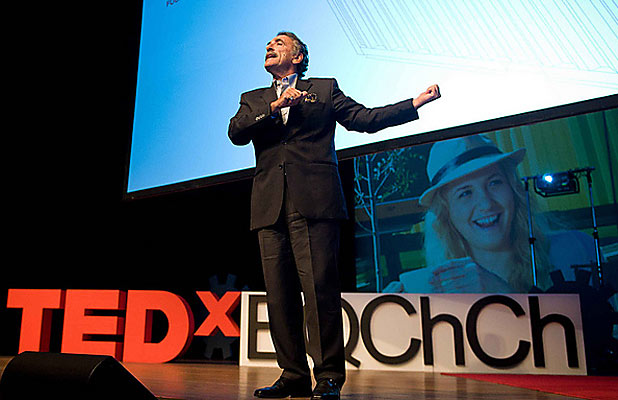 A New Model for Development: A Talk With Ernesto Sirolli

Ernesto Sirolli recently delivered a powerful TED talk where he pointed out the failings of international aid and proposed a new model for development. He now shares more of this vision of facilitating entrepreneurship around the world with Vagabond Journey.

Published on January 3, 2013 by Rozina Kanchwala

Ernesto Sirolli, founder of the Sirolli Institute, speaks about his views on development and offers an alternative to the traditional model that he believes is an arrogant, patronizing system. When he began his PhD he was asked to define development, which he discovered was one of the most difficult concepts to explain. After unpacking the word, he took inspiration from its Latin root, which is vellum. The word vellum means “sheep skin” because it is what the ancient Romans used to wrap and carry their goods. With the prefix “de,” development comes to mean unwrapping or uncovering something within. This is precisely what Ernesto and the Sirolli Institute strive to do when working with local communities: unwrapping, discovering, and emphasizing the beauty already present within a community.

Sirolli starts his powerful TED Talk and his book Ripples from the Zambezi with an anecdote of his experience working with the Italian aid agency in Africa in the 1970s. The intervention was not only a failure, it was completely culturally insensitive and brought about little good to the people it was seeking to help.

When I spoke with Ernesto he told me that he felt that mainstream “development” has changed since the 70s. He said that, “While the rhetoric of development has changed, it is very, very difficult to find examples of humility in the relationship between aid givers and aid recipients. It seems that there is a tendency for us donor countries to always fall back on our patronizing attitudes.”

Sirolli continued by saying that many development practitioners still operate with a top-down approach and believe they know better than the local people as to what they need. “This is rooted in Western arrogance, which is a kind of arrogance that is so sublime that the Western people don’t even realize they are being arrogant. It transcends arrogance, as it is embedded in Western culture that when these development practitioners go somewhere uninvited they expect gratitude, and are surprised if they do not receive it.”

He then told me of an example of two white people visiting an African village where they met the chief and the chief’s wife. “On the way out of the village the two visitors saw two women sitting on the ground who were obviously poor, and in front of the whole village they gave the two women some money. What they later learned was that one of the woman was a prostitute and that they had offended the chief’s wife. These people don’t realize what they are doing. They don’t know who’s who, and they don’t know anything about the local culture. Their behavior is a mystery and understanding local cultures requires a much deeper sense of respect.”

Sirolli added that he believes that though there are some organizations that do not have this embedded arrogance today, this is very much a novelty and not the norm.

We often talk about “Western” development aid agencies and practitioners but Sirolli extends this to apply to certain people educated by Western institutions who impose their beliefs on the students who then go back to their local communities with that Western approach. He told me about an example of two Chinese girls who studied International Development at the University of Cardiff. These two girls were taught to ask the local people what it is they want before intervention. In a certain village in China, the two girls were told that the people there are starving and required assistance in raising rabbits in large quantities. However, this did not fit in with the Welsh culture, which taught them that this practice is “disgusting.”

What Ernesto and the Sirolli Institute proposes as an alternative to the typical development driven by Western intervention is allowing entrepreneurs to come forward and seek help. Sirolli goes by a principal inspired by E.F. Schumacher: “If people do not ask for help, leave them alone.”

The Sirolli Institute honors requests for help from passionate individuals willing to suffer for their dream, as the word passion comes from Latin and means “to suffer.” If aid agencies and international donors operated in this way it would put power into the hands of local communities.

“These aid agencies should be very capable and technically fantastic and should respond to requests from countries or communities,” Sirolli said. “These communities should be able to choose between a Swiss Agency or a Canadian one, rather than forced to accept whatever the ‘benevolent’ aid donors feel is appropriate for a context they hardly know.”

Ernesto Sirolli has discovered that his institute creates a positive ripple effect whereby success stories inspire others in a community to come forward and tap into their potential. When the Sirolli Institute is approached to assist someone, it ensures that that person shares his or her story with others in the community to encourage this ripple effect.

What Sirolli has found is that it is not the institute that is motivating people, but rather fellow community members who inspire each other to develop by unwrapping their skills and resources for something great. Sirolli’s work provides a model of development that deserves attention in a time where economic disparities between different groups of people are simply unacceptable and so many aid agencies have not been able to deliver on their intentions to help eradicate widespread hunger or poverty.

Next post: The Traveler’s Plot Line: How To Make Your Travels Interesting

Previous post: How Much Money Can You Make With Chitika Ads?