The following is a story that I wrote about the Guatemalan Civil War for Cafe Abroad Magazine to be published in their April 2008 edition. My intention was to write the story from the perspective of a women whom I will call La Profesora, who grew up right in the think of the conflict and eventually fled Guatemala as a refugee. Read the full Interview with La Profesora here.

Standing on the Precipice of War: One woman's story of growing up in a Guatemala undone

She spoke with a biting sincerity and curtness that were moving far beyond her words alone. She was a survivor, having witnessed the sharp end of life first hand. Now a professor at Long Island University’s Global College in Costa Rica, the woman who I will refer to only as La Profesora, once walked a teetering line between life and death.

“It was terror, no kidding. You felt that at anytime you could be killed. You would go to bed and say, “My God, are they going to drag me out of here, my home?” La Profesora spoke solemnly about the horrors that riddled her early life in Guatemala. 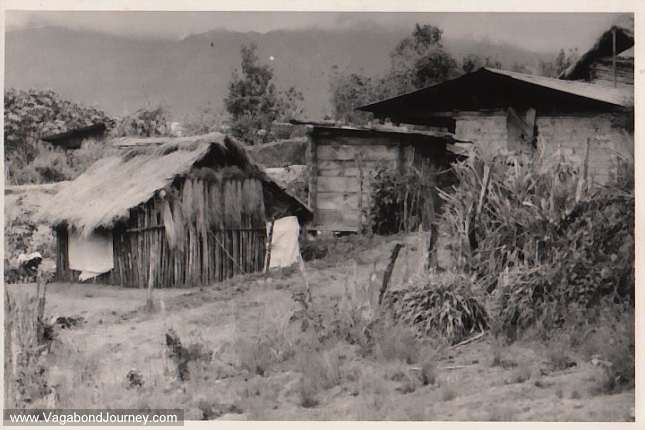 The year was 1980. Guatemala was in the middle of a civil war between government forces and guerrilla organizations that lasted for nearly four decades, and claimed the lives of hundreds of thousands of civilians, peasants, revolutionaries, soldiers, fathers, brothers, and friends. Hundreds of indigenous villages were razed to the ground, their inhabitants either killed or moved into internment camps, Guatemala City became a war-zone, and military hit-squads wrought terror across the land. Throughout all of this, La Profesora was but a young university student tentatively stepping through a maze of kidnapping, assassination, and war. 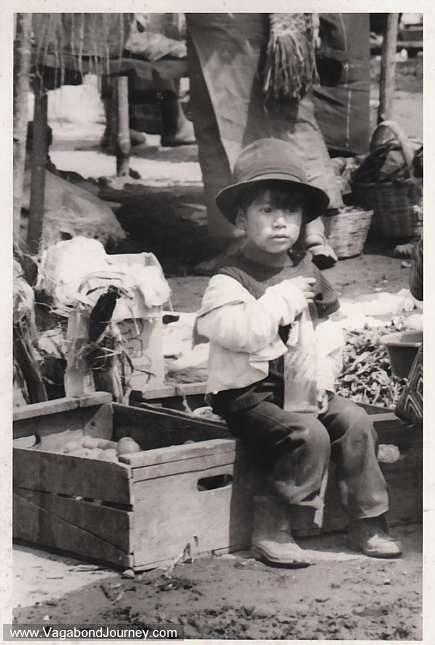 “In that year . . .[the anti-communist purge] hit the university. Every day you would just come to school and it would be just like, “Who did they . . . kill today,” La Profesora spoke to me in Costa Rica nearly thirty years after she fled Guatemala as a refugee. I was speaking with her so that I could gain an insight into the Guatemalan civil war that went beyond the facts and figures of the antiquated historians and the dust covered government archives. I wanted to hear the story of what life was like during this brutal conflict that raged across an entire country for nearly forty years. I wanted to hear her story.

La Profesora complied with my request with a nod of her head and a pat on my shoulder, and then dived into a tale that lead me through the horrors that she lived daily as a young university student in a war torn Guatemala. Her speech was eloquent, her words filled with fire, and her short, compact body gave way to giant eyes of pure passion and deep knowledge. With notebook, pen, and voice recorder in hand, I eagerly listened to every word that came out of her mouth as she told me her story:

La Professora was born into a Guatemala that was rife in the middle of a brutal civil war that played itself out across every sphere of society. Some of her earliest memories were of the military rushing into her home and rifling through her family’s possessions- searching for any small sign of dissidence- and of the fear instilled by a nationwide curfew. “I still recall us rushing back home in my dad’s car because curfew was just about to start, and the tension of that, and seeing the military cars patrolling. . . It was intense.” 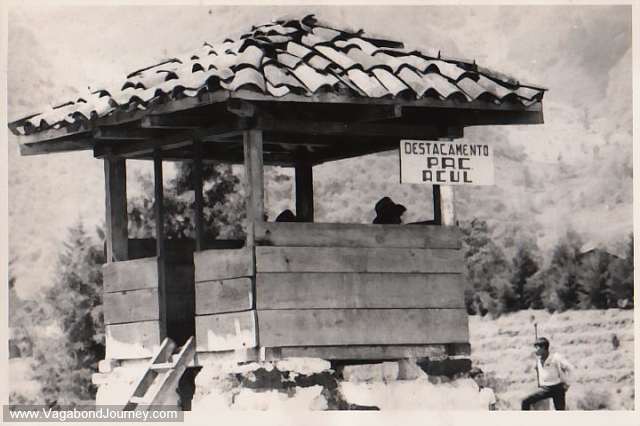 At the beginning of the civil war, Guatemala was under the supreme control of the military dictator, General Ydígoras Fuentes, whose claim to power clung to the shirt-tails of the U.S. sponsored coup of 1954. Fuentes was a big supporter of U.S. corporate and cold war interests and ruled with the iron hand of a dictator. This placed the peasants and common people of the country in a very compromising position from which they rebelled.

Guerrilla organizations soon sprang out of multiple sectors of society and they took to the hills in a dire attempt to combat the Guatemalan government and save their own lives. La Profesora explained to me that, “95% of the guerilla movement was composed by indigenous people . . . They just knew they needed change. They lived in huts, you know, and they were just out in the mountains with very small plots of land. They can barely grow anything anymore, the land is exhausted . . . their kids die of diarrhea and diseases that can be controlled.” Under these circumstances, a vehement uprising rose out of the mountains and jungles of Guatemala. 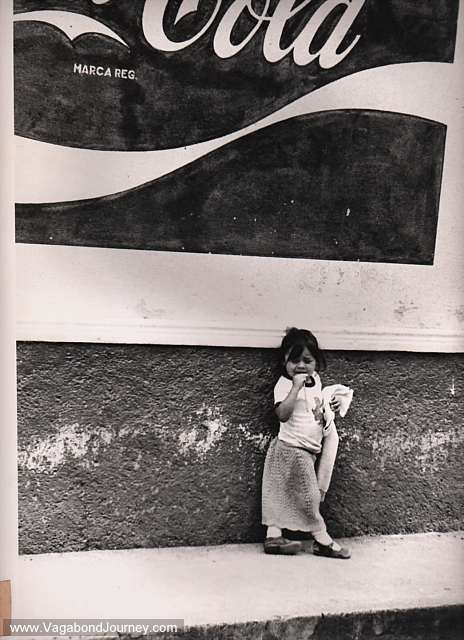 As these guerrilla battles escalated through  the years, the military began a scorched earth policy designed to starve out the revolutionaries by removing any sources of civilian support. The government ravaged the Guatemalan countryside without regard for who was, or was not, involved with the guerrillas. They burned down villages and destroyed agricultural fields. Thousands upon thousands of civilians were murdered by these sweeps of terror, and the rest were herded into internment camps- referred to officially as ‘modal villages’- or forced to join government militias. As La Profesora explained, “So they put them all [the civilian survivors whose villages were destroyed] together in a town that is square with military posts on each side, and to go in and out you had to have a card. If the military found you out up in the mountains and you didn’t have that card with a permit that said you could be out there, they would shoot you. So the whole area was militarized. It was war.” Countless innocent civilians whose only drive was to farm their fields and better their lives were indiscriminately shot down, or were forcibly disinterred in ‘model villages,’ as the military proclaimed supreme control of the countryside.

As she told me this I could not help thinking how this happened in an age of global communication, the United Nations, and NGOs. “Unfortunately,” La Profesora began, “Guatemala and all of Central America got stuck in the middle of the cold war. . . Wealth distribution is amazingly unfair . . . So the needs were there and people wanted change, but anything that sounded like change or challenged the status quo was immediately labeled as communist. And the moment you were labeled communist it meant that you could get killed, and so what? You know, it was as easy as that.” These last words resonated through the room, as well as my consciousness, for a few moments after they were spoken, as I knew they were delivered from the roots of sincerity. 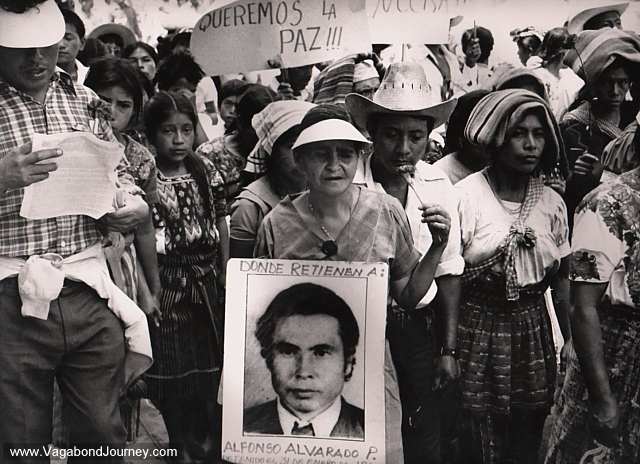 La Profesora went on to tell me about how the government proliferated a wave of terror- a nerve war- through the entire population, and how the people of Guatemala were intimidated and even terrified into a sweet show of obedience. “Lots of people were killed. People that were in my [university] organization- we worked with kids a lot, and also with farmers- some of them were disappeared. They just dragged them out of a bus, a public bus. . . There was this guy that studied architecture, and they just dragged him out of his house. You know, it was night time, they opened his door with an ax and just dragged him out in front of his family. There were also two guys on a public bus, and they just dragged them out and they were heard from never again. Guatemala at this point has more than 40,000 disappeared, and that was the way they disappeared: a van would pass by . . . and they would drag you into the back.”  With gestures of exasperation La Profesora continued, “You know what they would do with some of the students that they captured? They would go and throw their corpses on the campus, completely tortured, as a way of terror. They were saying, ‘This is what is going to happen to you.’”

I then asked La Profesora how this wave of terror affected her and her family personally, and how she ended up a refugee in Costa Rica. With hardly a pause she spoke words that rattled my bones: “My family wasn’t effected directly.” she told me, “It was more my husband’s family, because they killed his brother trying to find him. So it was a really hard blow because it also had a lot of guilt in it. You know, it was like, ‘Why didn’t they kill me, why did they have to kill him?’ And so that was when we left the country, and we decided to come here to Costa Rica.” 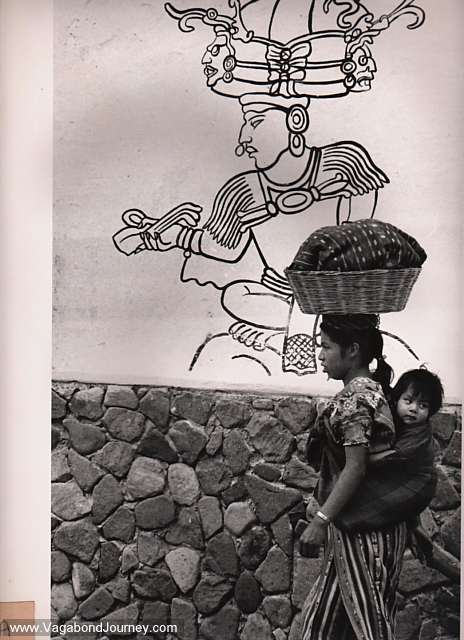 La Profesora and her husband managed to gain refugee status with the high commission of the United Nations for refugees, and escaped from Guatemala in 1980. For twenty years she did not return to her homeland, and she is only now beginning to rediscover Guatemala. For all of the terror and horrors that plagued La Profesora’s early life, she still holds her people in high regard, as she gently explained how, “. . . it has been a long process to re-heal Guatemala. Because Guatemala is a beautiful place, [the] people are really beautiful and sweet that I’m rediscovering.” But she left me with a warning that, “the conflicts are there, you know, because the causes that brought people to participate in a war are still there.”

The government that wrought these atrocities over the country is still in power today. In the last elections in November the liberal parties only took a combined 3.6% of the vote. “ Now that says a lot ,” La Profesora explained, “That says that people don’t want war, they don’t want anything radical . . . They don’t want war ” But this fact shows clearly that the nerve war, the fear that the government has instilled in its people to avoid anything progressive, still continues today.

As I sit here, snug within the walls of Global College’s Latin American Center, I must think about what it would be like to have to study while a war rages on outside. How could I concentrate on a university curriculum with bombs going off, with people around me being tortured, and with the ever present knowledge that I, myself, could be next on the chopping block: to be hunted down, captured, and slaughtered without warning. This is what La Profesora had to contend with as a university student in Guatemala, as she boldly stood amongst the ruins of a country in turmoil. Hers is a story of massacre and revolution, of oppression and revolt, of the well-fed and the hungry, and what it means to be caught in the ever wavering center of civil war. 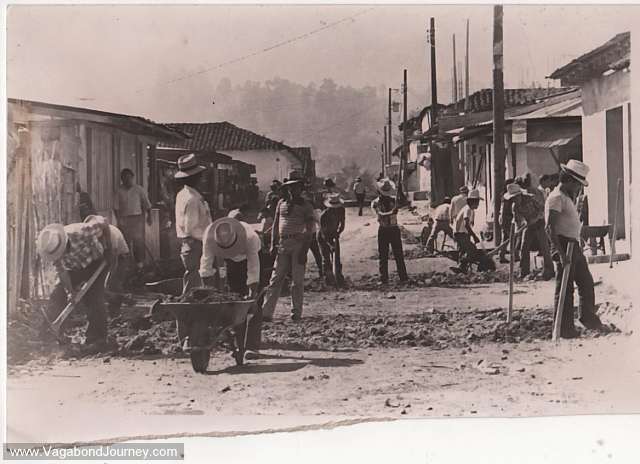 Link to your webpage (if you want):