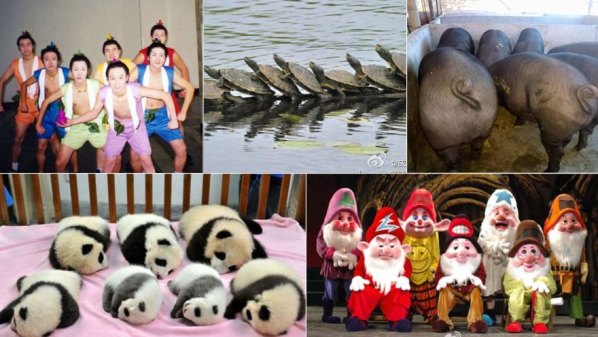 What’s the reaction in China to the new leaders? Netizens can’t say, but they can allude.

Seven men walked out onto a stage and were announced as the new leaders of the People’s Republic of China. Discussion of the power change over, the major players, and the new standing committee were banned on most of the country’s social media networks, so netizens resorted to other, more subtle means of letting their opinions known. The above montage of photos shows what some of them came up with.

Though China’s government is highly clandestine, the media highly censored, and the social media networks kept in an iron grasp, don’t be fooled: the people here know the score.