Volunteer in Iceland, Travel for Free

ELDBORG, Icleand- Do you want to travel in Iceland for three months in the summer, moving every couple of weeks to new locations all around the country, working on environmental conservation projects, accessing remote and amazing places completely for free? Who wouldn’t?[adsense] Iceland’s department of conservation sponsors groups of foreigners to travel around the country [...]

ELDBORG, Icleand- Do you want to travel in Iceland for three months in the summer, moving every couple of weeks to new locations all around the country, working on environmental conservation projects, accessing remote and amazing places completely for free? Who wouldn’t?[adsense] Iceland’s department of conservation sponsors groups of foreigners to travel around the country each summer to work on environmental projects for three month terms. You pay for your flight to Reykjavik, transport to Skaftafell, Vatnajökull National Park, and the DOC picks up the rest of the tab. This is probably one of the best ways I’ve observed to affordably travel through Iceland, access its remote locations without accumulating massive expenses, spend your days outside, actively involved in various projects, living and working with a team of other travelers from around the world. From the Iceland Conservation volunteer’s website:

Volunteers are selected from applicants and do not pay a participation fee. During the programme food, travel and accommodation (often camping) are provided. The remote worksites and basic living conditions make this program both an adventure and a challenge. Applicants must be over 20 years old and have some experience of practical work, hill walking and camping. No experience of nature conservation work is required as all training is provided. 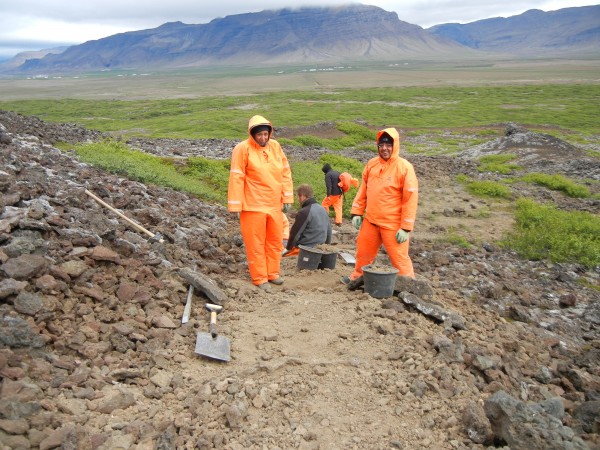 I woke up in my heavily discounted hotel room and looked out the window. Like some strange type of toxic ant, there were little specks of bright orange all over the volcano that commandingly stood out in the distance. This was Eldborg, the volcano. I walked up to it to discover that those orange specs where actually travelers — conservation workers from around the world who committed to a three month volunteer term in Iceland. They were carving steps into the encrusted lava that hardened to the side of the volcano.

“So what is this program that you are doing?” I asked.

They told me that they were part of the Iceland conservation volunteers program, that they were accepted into this program, flew into Reykjavik a month or so earlier, were divided up into four teams of around 8 volunteers, and then were sent up to the hinterlands in the north of the country. It is my impression that Eldborg was the second project this team was working on this summer.

The team that I met did not seem to be driven by any sort of real foreman, as only a volunteer who had worked in this location before took command. He just had to make a status report back to a coordinator each day, and the team was more or less autonomous beyond that. I sat with the volunteers, who were all huddled up together on the lee said of a little ridge hiding from the wind. A few were from England, a couple were from Canada, there was a Spaniard, a German, and a girl from Israel who look very, very cold.

“So all you need to do is pay for the flight and they pay for your transport, food, accommodation, and everything else?” I confirmed.

They responded in the affirmative. It seemed too good of a gig to be true. But when I met up with this team later that night in the hotel, it became apparent that it was fact. The team was being housed in a former barn which was converted into a hotel of the farm we were staying at. They all set up their respective tents in the loft. On the floor level were couches, tables, and cooking facilities. On a long table were boxes upon boxes of food — courtesy of the Icelandic government. As I sat back on the couch chatting with the conservation corps, I found myself admiring these travelers’ strategy in Iceland: they came to an expensive country for travel and aced it. 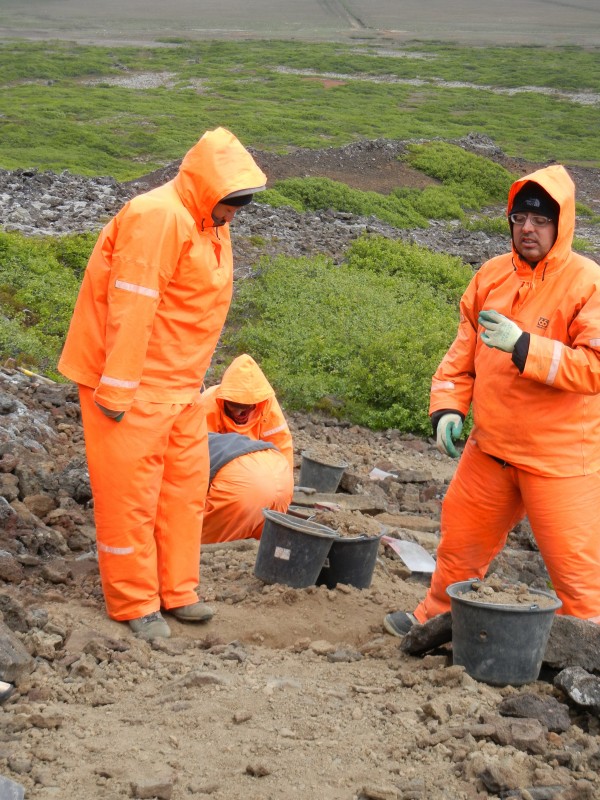 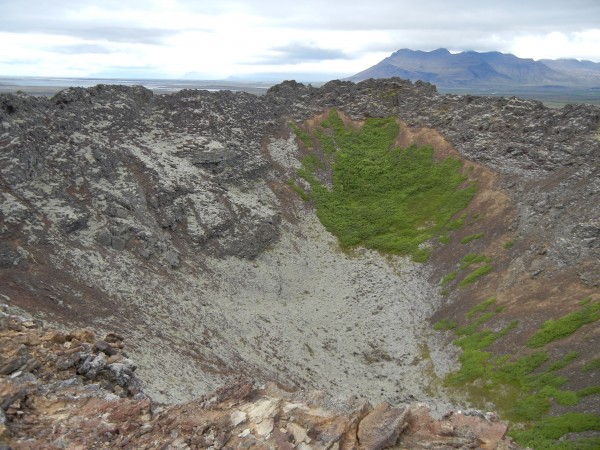 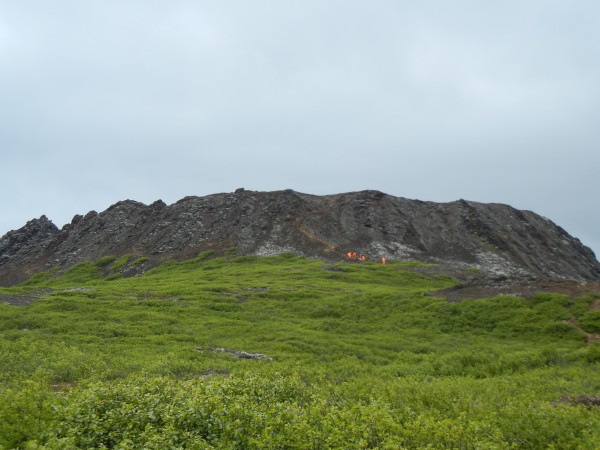