Traveling Back To Vienna With Kids

Round two of traveling to Vienna with my girls. 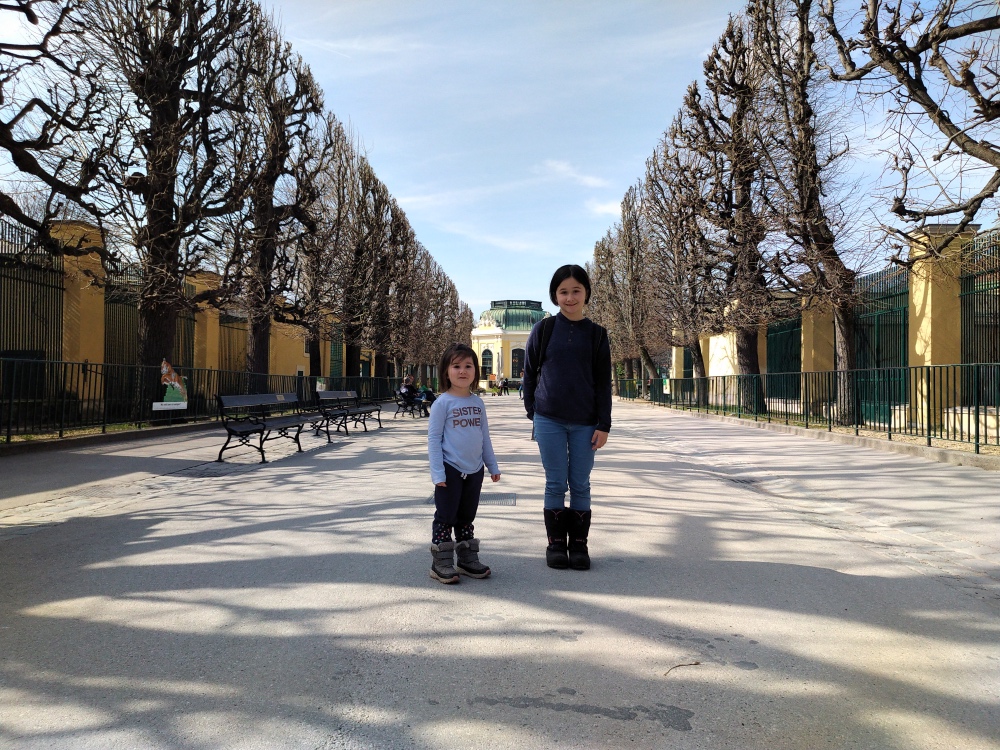 VIENNA, Austria- This has now become a thing: traveling down to Vienna from Prague with my two girls. It’s something special because their mother doesn’t come with us — so it’s just the three of us, doing anything we want. I take days off of work; I spend a bunch of money and spoil them.

This isn’t our standard operating procedure: this is a vacation.

It’s a vacation that my kids have earned. They are good troopers in Prague — exiled from the rest of their world so their mother can go to school, dealing with a dad who launched his career off a cliff because he thought he could work full time and take care of them all day too. The Prague live isn’t bad, but it’s not what a childhood should consist of. So we go to Vienna to get away from everything. I take time off of work, and we just kind of do the things that they want to do.

The last time we went was in June — read more about that here.

***
We moved into an Airbnb that was right downtown this time. 50 euro per night was a bit more than the 20 euro we paid last time, but we could walk everywhere — and our plan was just to walk around looking for cool stuff.

We got some crap food from a convenience store and made our way to this children’s play place. We were supposed to make a reservation in advance and they were strict about not mixing age groups, but I was able to talk them into letting us in … after fibbing that my giant 9 year old was seven. It was supposed to be some kind of educational thing about ocean life but the kids — who were mostly in the three-year-old range, just went wild. My kids joined in … going wild. I followed them around just watching, hoving above them like the other parents.

Going to these child play places and looking at the other parents is kind of an interesting take on life. We are doing the same thing — hovering, making sure our kids don’t break themselves or each other — and thinking the same thing: I wish I could feel like that again.

When kids play they really play. They don’t just kinda-sorta-semi play. No, they go all out — full-blow volcanoes of joy. Laughing, squealing, screaming — everything in the world is about that moment; nothing and nowhere else exists; there is no other time but now. I never really felt aged until I began taking care of my kids as a solo-parent over this past year. The knowledge that I am different, that I am changed, that I am no longer tumbling towards an exciting, unpredictable future, that this is it has really set in.

I’m coming out of this year different. I don’t know what’s going to happen when I’m unleashed again in June. Will I still feel like running?

***
There are Mozart records in the AirBnb. I told Petra that he once wrote a song called “Lick My Ass” but she didn’t believe me.

***
We went to the Vienna aquarium, which is housed in an old military tower — a marvelous re-purposing like I’ve never seen before. It was expensive, my kids loved it, I found myself with a rather odd reservation:

When I was a kid my parents would take me to places like aquariums and zoos. I was always more interested in the maps that corresponded with the exhibits than the actual animals. I would daydream about when I would travel to all of those locales and see the animals in the wild. When I got older I had the opportunity and I took it: 20 years ago my prime directive of travel was to get as far “out there” as possible. I went deep into rainforests, mountains, and deserts. I saw the animals and more. But when I looked at my kids in the aquarium I really hoped that they didn’t have the same ambitions that I did. It’s all dead or almost dead now. In twenty years the only thing to see at sea will be country-sized conglomerations of plastic and cities of people living on floating platforms. The world that my kids are growing up into is going to suck. I’m glad I grew up when I did so at least I know how much it’s going to suck. For them it’s just going to be normal. They are going to look at things like wildlife and clean air with the same wide-eyed curiosity that they do my old yellow Walkman that they found in a closet at my mom’s house.

***
The one thing we are sure to do when we go to Vienna: go to Naschmarkt and buy a big bag of really horrible dried fruit (???) candy from this Russian lady named Anastasia and get sausages.

***
We went to the zoo and did some other things … no need to keep mentioning this here. I’m only writing this post as a diary entry — a temporal bookmark so that I can remember to remember a nice time in my life with my girls. Everything was calm, peaceful, slow. We just hung out. Watched movies, talked, ate, and did fun stuff. At this point, when we talk about Vienna it’s more than just mentioning a place, it’s a time when everything was good. 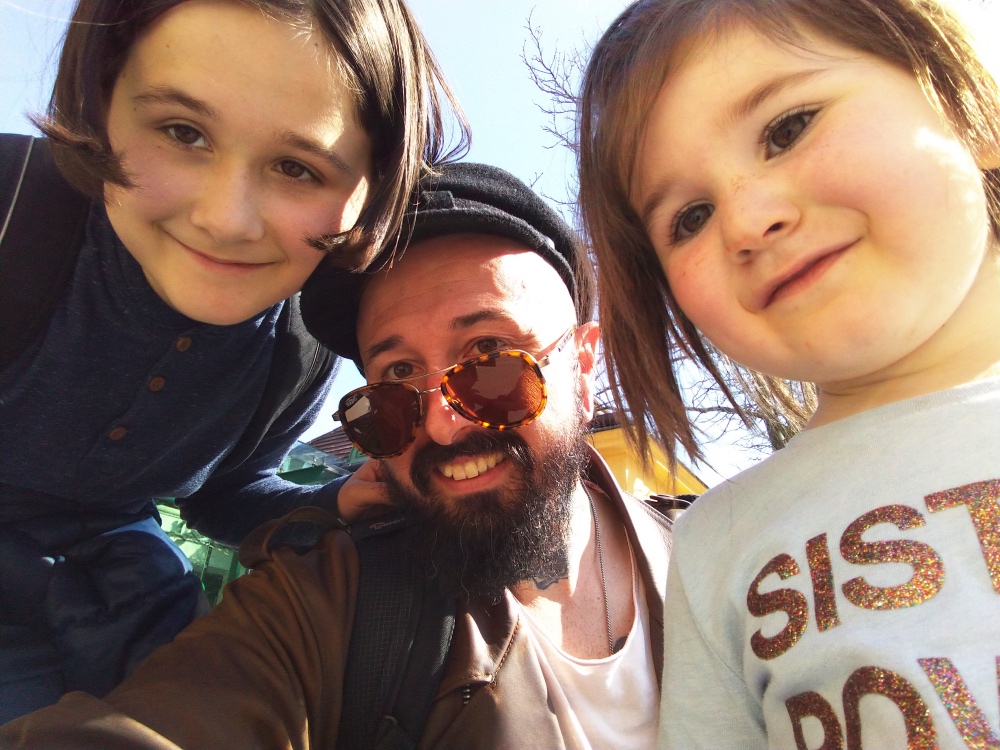 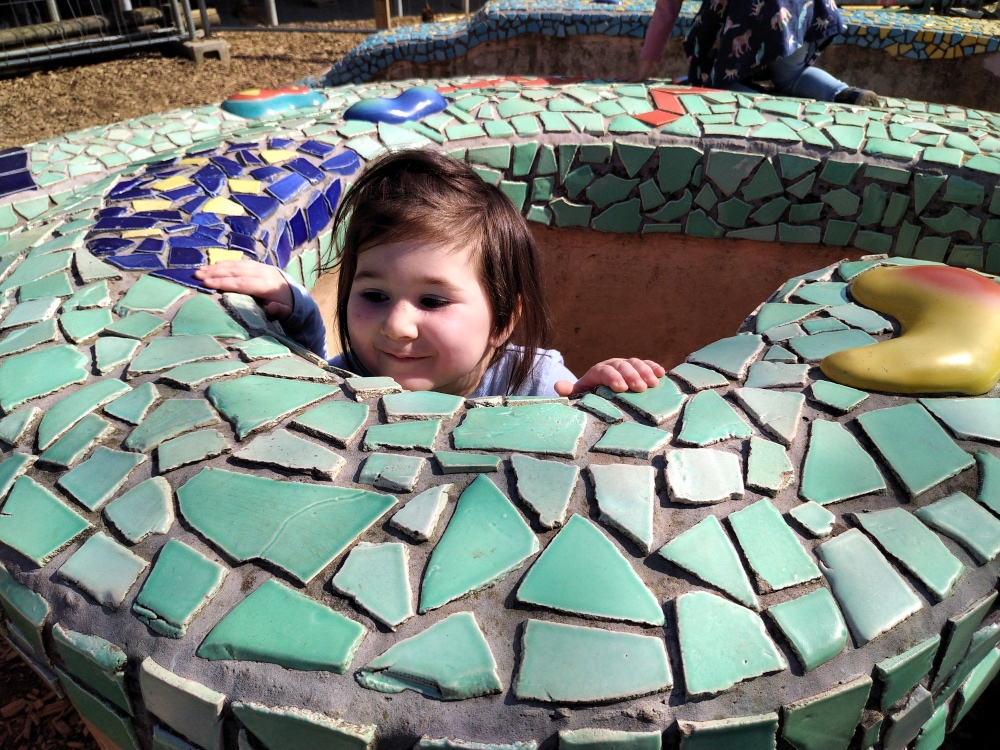 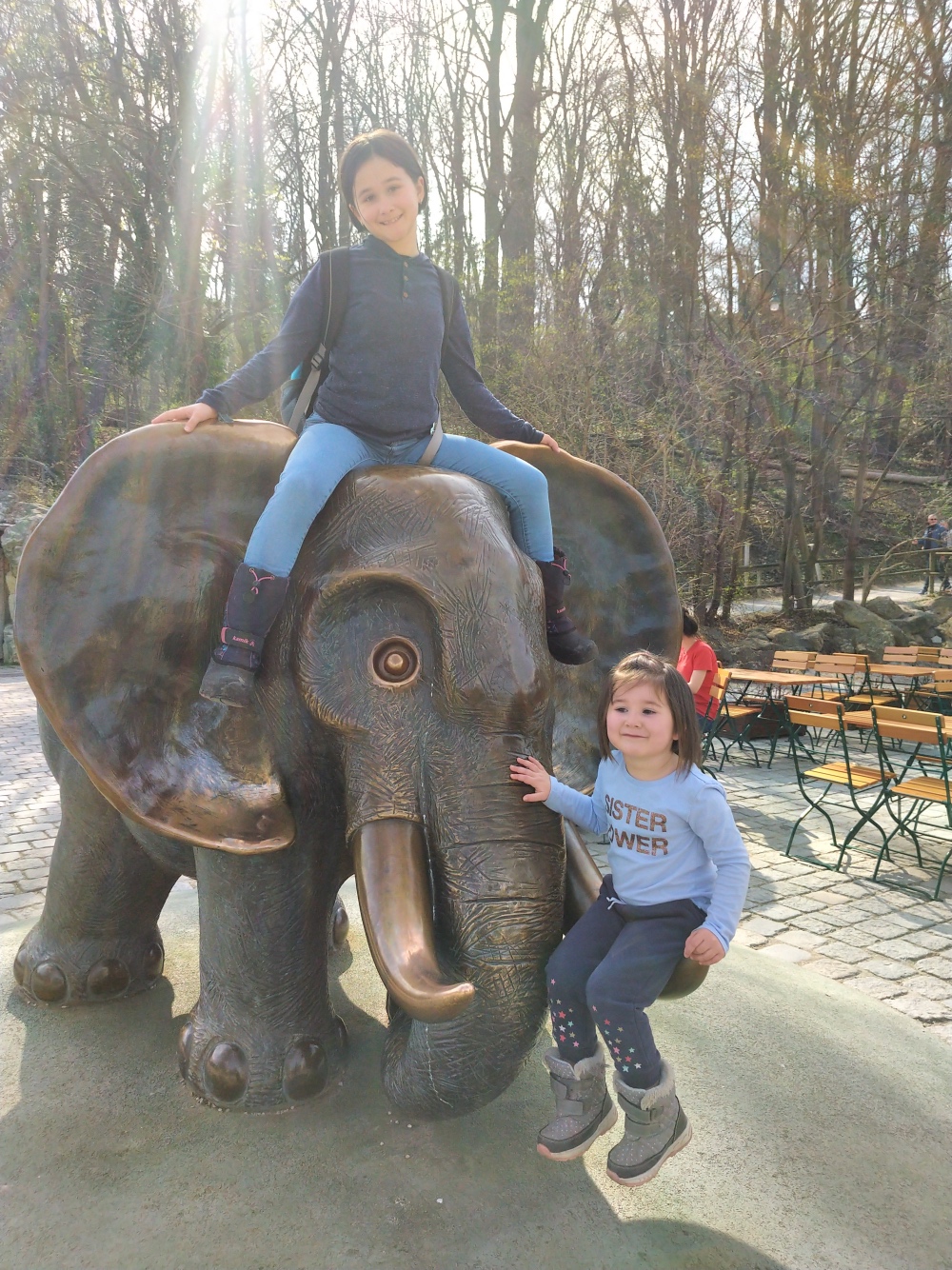 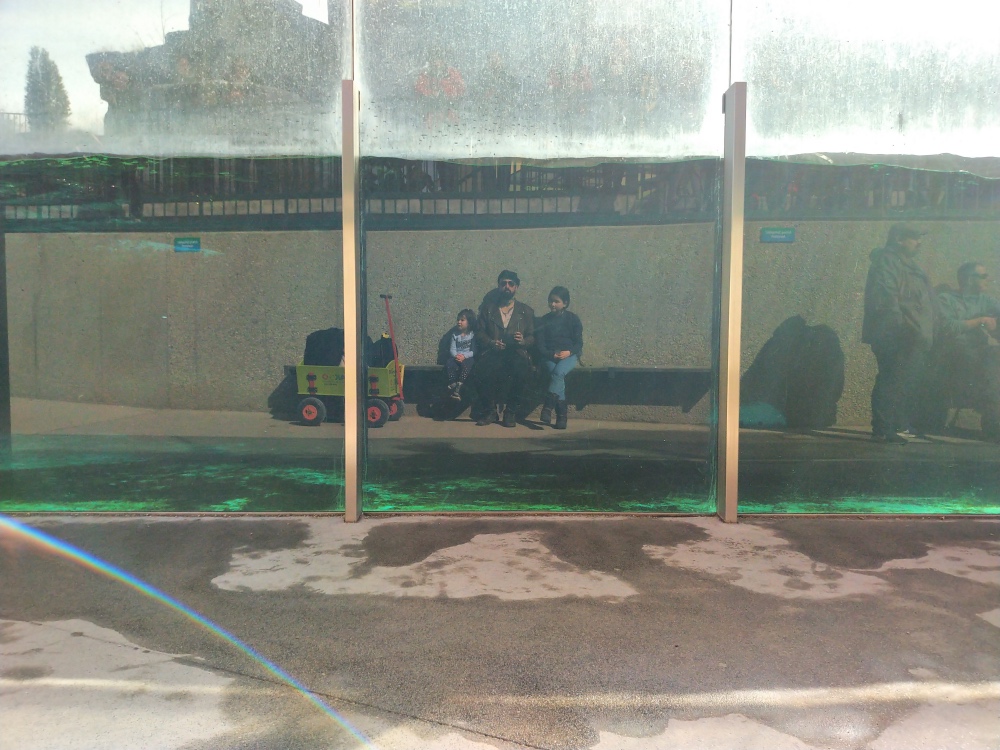 Filed under: Austria, Travel With Family
Tagged with: Vienna

Next post: I Was A Guest On The Startup Societies Podcast