Setting out on a new bout of work travels. Apparently. 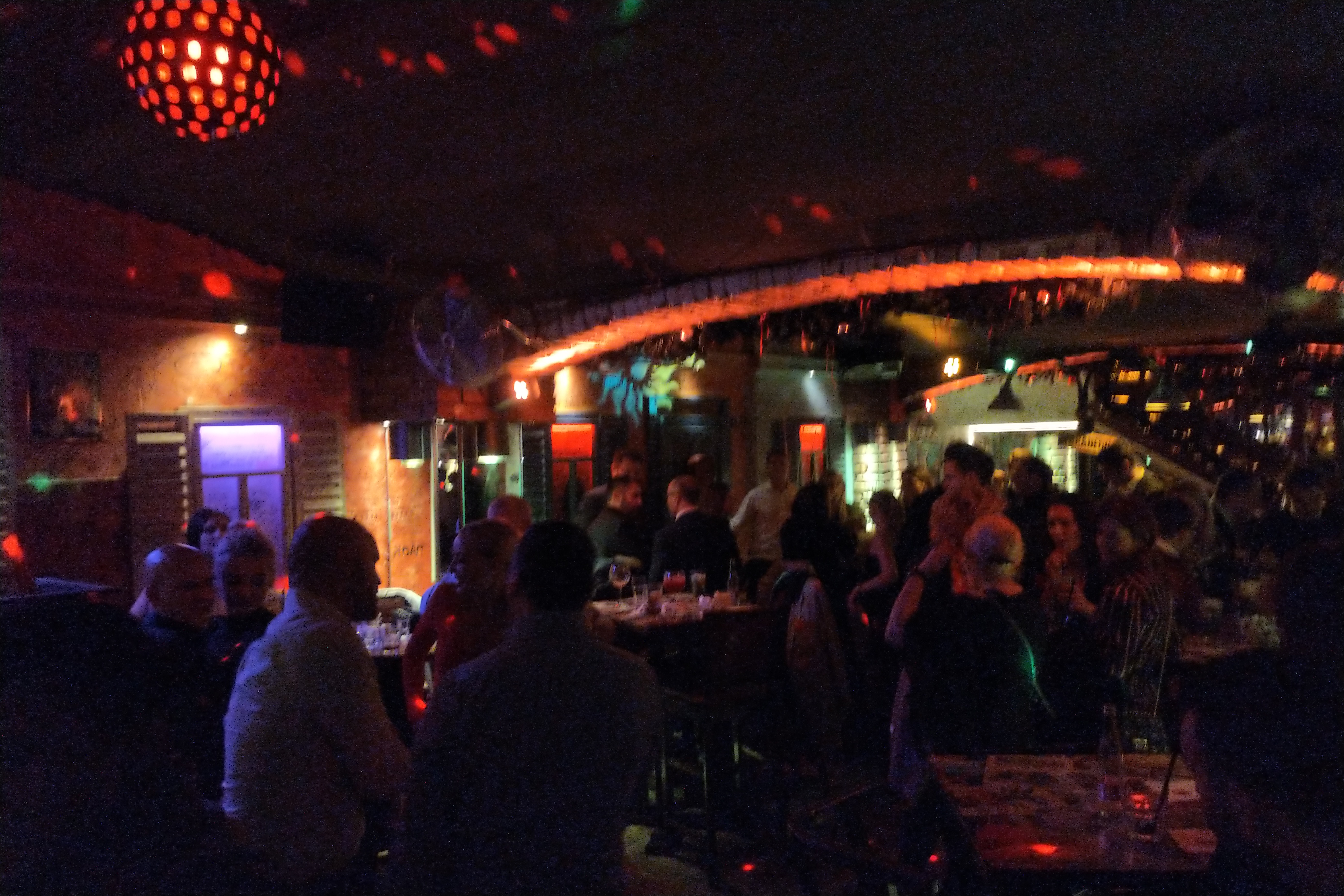 PRAGUE, Czech Republic- I was running out of stories for work — writing articles for Forbes and The Guardian and Bloomberg and an array of relatively high-paying corporate publications. The lifestyle / culture / travel stories are endless — all you need to do is walk out of your house to get these. But the work stories take a touch of effort, preparation, strategy, and a massive amount of focus and the traveling for them is generally high paced, unpredictable, and often goes to places that suck.

An Indian dentist, a Brazilian auditor, and a one of me go into a Cuban dance club. Yeah, not a joke. This is what I did last night.
**
Travel long enough and you really start noticing people. The rattle in your end eventually plays itself out and you end up just walking around, watching, taking everything in. You start watching who is going into and coming out of places — in particular dark, undesignated, inconspicuous places.

I caught out of the corner of my eye this 20 something hipstery dude waking out of this alley. I turned down into it. A wooden archway stood at the end of it with a lone incandescent light angled towards it.

What is that place?

It looked cool from outside the windows: old men and hipsters drinking in a run down, beat up pub. I went inside. The handle of the door rattled, the bottom of it screeched on the stone floor. The place within was covered in a puff of dust, there was a nice patina over everything, the lighting was low — which I’m guessing was not because of an artsy design but because half the lights didn’t work anymore. The place felt familiar — these are the kinds of places that I grew up hanging out in.

I ordered a beer and a sausage. I watched the hipster bartender kick a ball around to a dog. He nearly hit me once, which he seemed to think was cool. He kicked it again. It nearly hit another patron, ricocheting off his table, wobbling his glass of wine.

I ate my sausage. I drank half my beer and began feeling obscure — how you feel in a place where nobody really has any interest in you. Sometimes anonymity feels good — you can just sit and daydream. Sometimes it’s boring — like when your daydreams run out after a day of walking around a city all by yourself.

I sat at looked at the hipsters who seemed to be doing the same thing: looking at themselves looking hip. It didn’t look like much fun to me. The bartender kicked the ball to the dog again. I paid and walked out the door.

The next bar was an American style dive. Packers paraphernalia everywhere. I don’t believe there was a Czech person in the entire place. All Americans and Brits. My ilk, but not really. They were exchange students and company dudes.

Bars in Prague tend to be extremely segregated. They’re either full of locals or they’re full of foreigners. There doesn’t seem to be much overlap between the tribes. In the Czech bars you have eons of generations and community continuity. In the expat bars there is no community at all.

The “brotherhood of the great unwashed” doesn’t really exist anymore. Travelers no longer have a need for meeting up and sharing notes. We have apps for that.

I haven’t met another long-term traveler in years. I don’t know if they’re out there anymore. I guess they call themselves digital nomads now and move pasture around the co-working spaces of Chiang Mai.

I realized that I was acting exactly how I advise people not to act. Travels are what you make them. So I left the Packer bar and moved on down the street.

**
I met up with Jay and Vini, who were also struggling to make something of their nights. Jay is a Hong Kong-based dentist from India. Vini is a frequently traveling auditor from Brazil. They were cooler than their titles would have us believe.

Vini heard of some Cuban dance club. I told him that I was a white dude — we don’t do that. Jay was a 30-something Indian and the only thing he knew of dancing was what he picked up from watching Bollywoods. Vini didn’t care. He wanted to dance.

Inside the club showed the reason why I don’t dance. Drunk bald white dudes from the UK were in town for a conference. I believe it was a conference for accountants — no joke. They were dancing all over the place. They were sitting at these tables full of attractive young Czech women, which I couldn’t confirm but assume were supplied by an agency that provides such things.

Vini, the Brazilian, could dance, but seemed shy about approaching women. I can’t dance worth a shit but I’m not shy. It was a good match. I would start talking to girls and get them to dance with him. I liked watching him fling them all around.

Eventually, the accountants had enough and put on their frocks and ordered their hired lasses to accompany them out the door.

We went back to drinking beer for a while. Night over. I made plans to meet up with Jay the next time I get to Hong Kong.

**
Well, I thought the night was over. As I was walking back to my hotel at 2 am I passed by a sort of higher end, maybe four star hotel. There, standing in a big picture window like a mannequin in a store front, was a man dressed as though he was the receptionist with his wiener hanging out of his fly. The odd thing here was that I first I didn’t think much of it … “old building, bum, pickpocket, man with his penis out …”

Wait. Was that a penis?

I went back to check. Affirmative. When he saw me standing down on the street looking up at him he started stroking. It grew. I watched, half expecting a door to swing down at any moment with an order to insert another 25 cents. He kept going. I watched until simple WTF? curiosity encroached a little too far into the realm of the weird.

When I think of Prague I don’t think of wine bars and castles and museums. No, I think of scenes like this — scenes of absolute freak-ery right in out in the open, displayed in big picture windows for anyone in the streets to come and see. People who live here often explain this phenomenon simply: “This is the city of Kafka.”

Filed under: Czech Republic, Drink Drank Drunk
Tagged with: Around the world 2018-2019, Prague

Wade Shepard is the founder and editor of Vagabond Journey. He has been traveling the world since 1999, through 90 countries. He is the author of the book, Ghost Cities of China, and contributes to The Guardian, Forbes, Bloomberg, The Diplomat, the South China Morning Post, and other publications. Wade Shepard has written 3530 posts on Vagabond Journey. Contact the author.

Next post: Getting Your Finances Ready For A Year-Long Around The World Trip

Previous post: Winter Blues Got You Down? Start Planning Your Next Vacation Now

What’s The Worst Thing About Prague?

Is it them or is it me? Exploring the quandary of world travel.