The above video is a trailer for Pierre Laurent’s A Moroccan Journey series that will be published on Vagabond Journey starting this month. The series will include the stories, images, and videos that Pierre collected on his journey into the hinterlands of Morocco this past May. After watching the above trailer I can say that [...]

The above video is a trailer for Pierre Laurent’s A Moroccan Journey series that will be published on Vagabond Journey starting this month. The series will include the stories, images, and videos that Pierre collected on his journey into the hinterlands of Morocco this past May. After watching the above trailer I can say that I, for one, am excited for more.

For long term readers of VagabondJourney.com, Pierre Laurent is no stranger. He was the protagonist of my Iceland bicycle journey last summer. He was the traveler that I referred to as the French Tramp, who set off walking a wayward path across Iceland into fierce and unpredictable wind, cold, and rain. We met up at random on the road many times during those travels, asked each other “what the hell are we doing here?” a few dozen times with smiles, and I soon found myself with a good friend.

Though Pierre may have come away from Iceland feeling slightly defeated, the experience was not enough to infringe upon his wanderlust. Since leaving that jagged, windswept floating rock in the middle of the North Atlantic, Pierre has traveled up to the far north of Sweden to make a documentary on Sudanese refugees, then traveled back south to Spain, and, recently, ventured into Morocco. Throughout all of this Pierre has been making reports of his travels, documenting them through words, videos, and photos.

Pierre has the proverbial “it” that makes a good traveler. He is naturally curious, he finds interest in the big and the small observations in life — he can see through the static right to the quintessential core of a place. So I am very happy to announce that Pierre will be sharing his reports on Morocco right here on VagabondJourney.com. To read his articles in English go to A Moroccan Journey; to read in French, go to Vagabond Journey en Français. 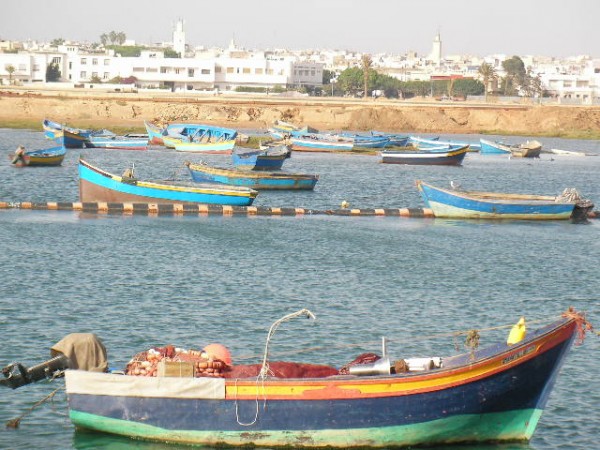 Next post: How to Live Stream the Olympic Games With a VPN