The View From My Window: Xi’an East Gate

This view from my window was earned the hard way. 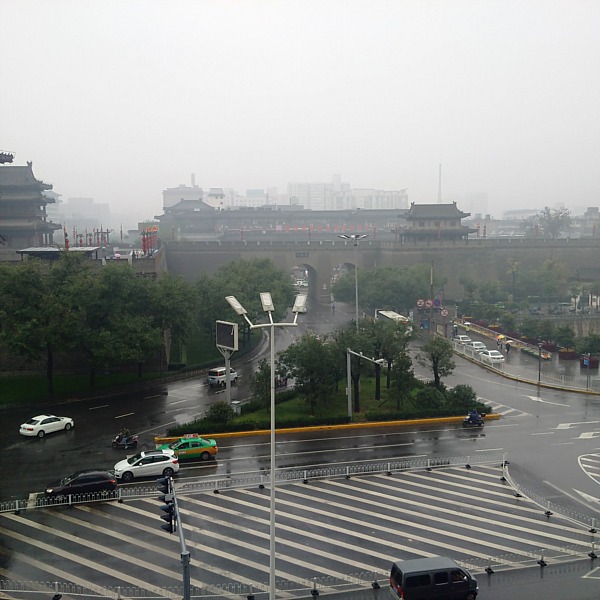 After trudging through the rain because I miscalculated the distance and was too stubborn to mitigate the error by getting a taxi, I arrived at a Home Inn just outside the East Gate of Xi’an. I was soaked through, my shoes sopping. I was cold, I just wanted to get into a warm room, dry off, and re-calibrate. I had a confirmed reservation, set up through the excellent Chinese travel service Ctrip, but when I tried to hand my passport over the counter I was greeted with the response that all foreign travelers in China dread:

A request for my Chinese identification card.

Something which I, obviously, did not have.

This is a precursor to being refused service on the grounds of being a foreigner. China still maintains an archaic, borderline racist policy of segregating foreigners to hotels that have acquired a special permit — which is something that most do not have. While hotel proprietors who do not have this permit will very often allow foreigners to stay anyway (sometimes without even registering them), there is always a chance that we can be refused admittance, as I was clearly being at this Home Inn.

This is just a part of the reality of traveling in China. After a span of travel here that has stretched over a ten year period, I’ve probably been rejected around three dozen times — which is a reasonably decent rate of success given how many nights I’ve stayed in hotels here.

I’ve written in-depth about this policy here: Foreigners are still banned from most hotels in China.

I was taken aback in Xi’an because I’d just stayed in a Home Inn a couple of nights before without any problem in Suzhou. I really like this business traveler class of hotel chain, as they are spread ubiquitously over the country, cheap-ish, well-equipped (a personal WIFI router in every room), clean, and enjoyable places to be in. As far as chain hotels in China go, they are by far the best to work out of. Unfortunately, they are “Chinese only.” While it is my experience that roughly 70% will allow foreigners to stay anyway, it’s always hit or miss. Usually, the risk is worth the rewards.

I had a reservation that had been confirmed by the hotel themselves this time, so I thought I was safe. Obviously, I have a foreign name written in the Latin alphabet, so the staff member who confirmed the reservation knew that I wasn’t Chinese. So the refusal of service was even more cutting — not to mention the fact that I had walked across the city through the rain to get there.

I looked out into the storm, I looked down at the puddle that had dripped off of me onto the floor, I looked up at the receptionist, who was by now intentionally ignoring my presence they way people in China tend to do when they want you to go away. But I really had nowhere else to go — I for sure wasn’t going to step back out into the rain. Instead, I inserted myself between the receptionist and the customer she was processing and refused to move.

It got a little messy.

Ctrip, the travel agent that facilitated the booking, mediated. The hotel, surprisingly, wouldn’t back down. Ctrip readily admitted fault for the issue — there was nothing on their description of the hotel that said it was Chinese only and they allowed me to place the reservation via their English language app, which only foreigners are going to use — and they offered to put me up for the night in the hotel across the street.

Which is how I ended up staying in a room that looks out upon the East Gate of Xi’an in a 4 star hotel.

For the record, they didn’t register me. 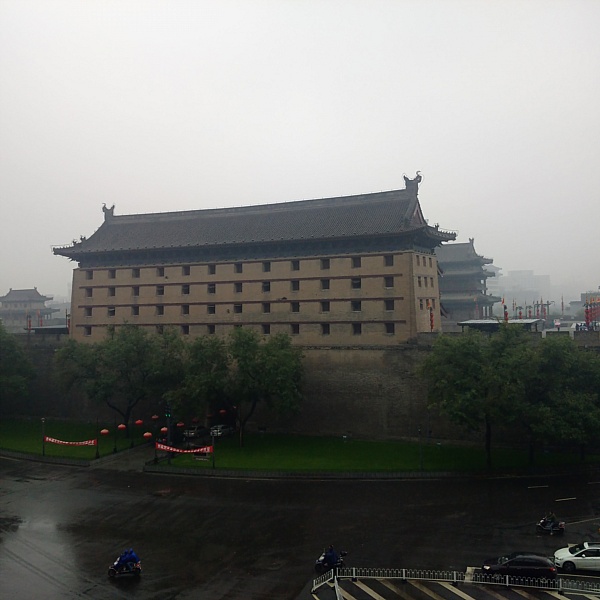 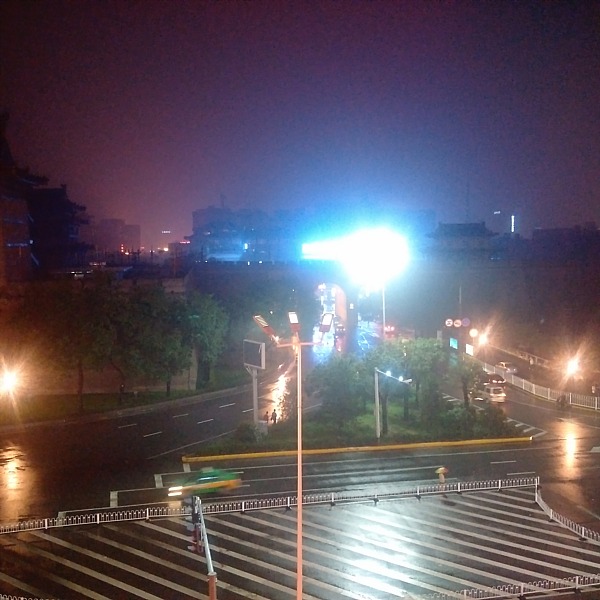 Next post: How Universities Are Used to Stimulate Growth in China’s Ghost Cities

Previous post: China Finds the New Frontiers of Innovation in the Maker Movement