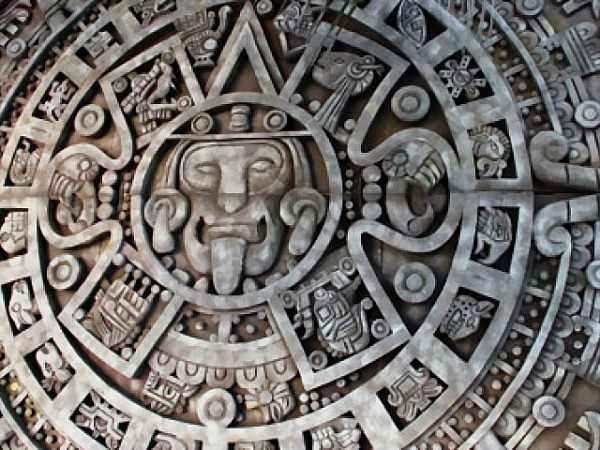 The End of the World is Near, Why Pay Traffic Tickets Says Russian

A man in Siberia says the end of the world trumps his traffic fine. The authorities say that all fines must be paid no matter what the ancient Maya predicted.

The closer you get to the region that the ancient Maya lived in the clearer the end time prophecies become. In the South of Mexico and Guatemala, the “end of the world” predictions are rightfully called bullshit. If you go there and talk to the Maya or the Meso-American archaeologists, they will tell you that the world is not going to end, that all the prophecy means is that one age on the Maya timeline is ending and a new one is set to begin, that the date December 21, 2012 signifies a rather unique galactic alignment, and it’s absolutely amazing that the ancient Maya were able to so accurately measure cosmic cycles. They will also probably tell you that the whole end of the world fiasco was started first by individuals who misconstrued archaeological findings which were then amplified by zealots who want to believe that the end times are upon us.

But if you move farther away from the source the more opaque the resolution on the Maya prophecy become. In Mexico City hippies are preparing for end of the world parties; in the the USA, the religious right are using them as evidence for impending Armageddon;  in Europe, I’ve heard many otherwise logical and for the most part atheistic people speaking in support of the end time theory; and in Siberia, a man has refused to pay his traffic ticket because he doesn’t see the point in doing so, as the world is going to end in a couple of months anyway.

He is a resident of Kuznetsk Basin, and he owes his town 1,000 roubles (25€) for a traffic violation that happened this summer. He says that his fine is trumped by the fact that the world is going to end in December, and forcing people to pay for their traffic violations at this point is just plain petty.

He also says that the world may not come to an end if people start being nicer to each other — which means not enforcing traffic fines. It’s a clever ruse, as he’s essentially saying, “If you don’t make me pay this traffic ticket there is a better chance the world isn’t going to end.” Who wouldn’t disregard a measly 25€ for the public pot to better these odds?

But the local ministry is not buying this story, even though the man in question is said to have repeatedly brought in charts and other evidence for the Maya end time prophecy to show them, and has given him 15 days to pay his fine or go to jail and have his property seized.

It is still undetermined what this individual is going to do. But if he believes the world is going to end, I don’t think that whatever happens to him is going to matter too much at this point. Come to think of it, a jail cell may not be the worst place to sit out yet another unrequited apocalypse.

Filed under: Russia, Strange News
Tagged with: End of the World

I am the founder and editor of Vagabond Journey. He has been traveling the world since 1999, through 90 countries. I am the author of the book, Ghost Cities of China, and contributes to The Guardian, Forbes, Bloomberg, The Diplomat, the South China Morning Post, and other publications. VBJ has written 3625 posts on Vagabond Journey. Contact the author.

Next post: A 5 Step Criteria for Selecting Hotel Rooms