SAN SALVADOR, El Salvador- I could not decide if the groggy, thick with green, putrid water in the aquatic animal pools was mastery on the part of the San Salvador zoo for providing a real life swamp setting for their keep, or if it was just plain disgusting. I asked around, consensus determined that it [...]

SAN SALVADOR, El Salvador- I could not decide if the groggy, thick with green, putrid water in the aquatic animal pools was mastery on the part of the San Salvador zoo for providing a real life swamp setting for their keep, or if it was just plain disgusting.

I asked around, consensus determined that it was just plain disgusting.

Seldom does a traveler have the privilege of paying 75 whole cents to walk through a zoo that has one exhibit of green mucus growing in Precambrian sludge to another that has on display feral gunk set free to proliferate in its natural habitat of glistening slime. I thought for a moment that I may have been looking upon a scene of how life initially arose on earth. I thought for a moment that the bubbling green muck before me may have been a top notch ode to the Precambrian era.

I had now finally made up my mind that the slimy sludge of the zoo’s water exhibits were more the result of negligence than creative mastery after it took me ten minutes to see the hippo beyond the thick layers of foliage that had grown rampant over its watery domain.

Oh, wait, sorry, you mean that was the hippo?

I had obviously, yet again, mistaken another exhibit at this zoo for being set aside for the protozoans, funguses, and bacteria of early creation rather than for the mammals printed on the placards on the front of the cages.

According to the newspapers, I am told, this is a national scandal.

A description of the National Zoo in San Salvador from

Considered the most modern zoo in Central America, it houses a large collection of local and foreign fauna. The zoo is designed so that the animals enjoy a habitat as close as possible their own natural one.

Though we had fun anyway. 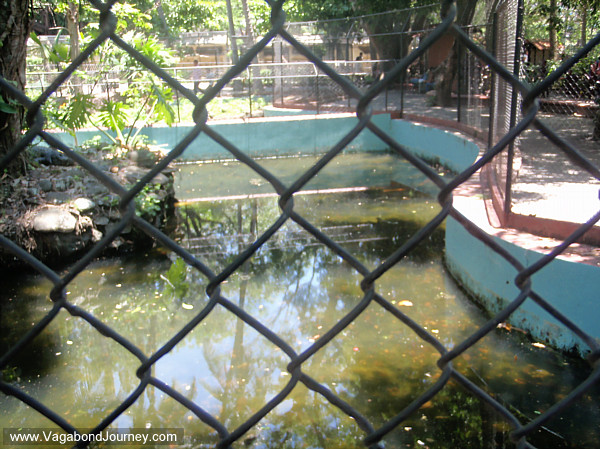 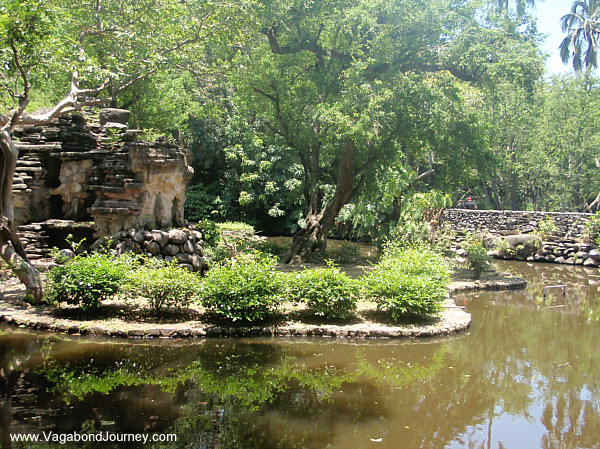 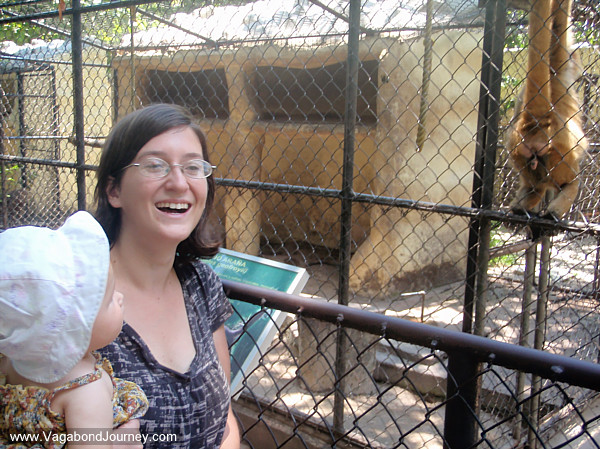 Next post: How to Make Money Traveling by Sailboat