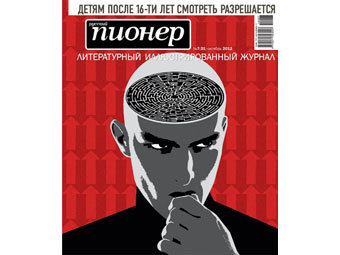 A Russian magazine says they’re going to publish a culturally sensitive comic about Muhammad. We’ll see how well this goes over.

A Russian magazine called Russian Pioneer is going to attempt to fix the Western media’s string of errors in regards to the rendering of the Prophet Muhammad with a new cartoon which aims to show the prophet in a culturally relative and respectful manner.

“We just do not want to offend anyone,” claimed the magazine’s editor. “On the contrary, we want to make friends of those who make comics on topics of Muslim religion and believers.”

One of the main points of controversy over Western renderings of the prophet is that it is forbidden in Islam to portray Muhammad as a man. Russian Pioneer magazine will attempt to skirt around this point of contention by showing the prophet as “something serene and intangible.”

This Russian magazine knows it’s treading on shakey ground, as previous incidents of the Western media featuring the prophet have lead to widespread outrage and violence throughout the Muslim world — including bombings and attacks on the offending countries’ embassies in various Muslim states. But the editor says that he is not afraid of any negative effects resulting from the publication of this cartoon.

We live in a ridiculous era where a cartoon can start a war. Is this Russian magazine tweaking the tiger’s whiskers just a little?

We’ll see how they pull it off.

About the Author: News

Vagabond Journey scours the globe for the most interesting, informative, and straight up strangest stories out there. News has written 19 posts on Vagabond Journey. Contact the author.

Next post: Kinmen, We’re Not In China Anymore – Or Are We?