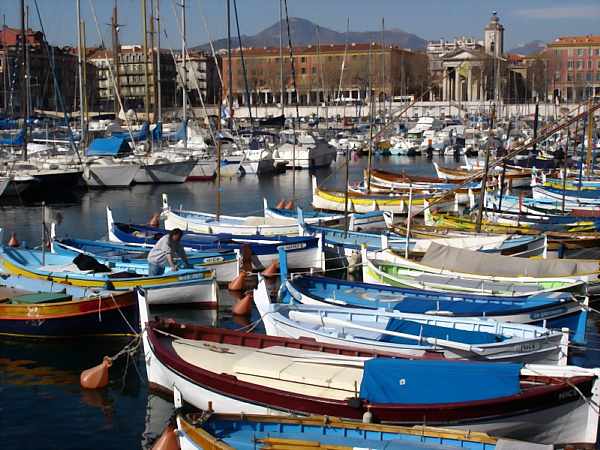 Nice, France: A Crown Jewel And A Cesspool

Nice, France: the crown jewel of the Riviera, a cess pool, this beach resort city has two sides.

Nice is the best of cities, it is the worst of cities. It might sound a bit cliché. Don’t all cities have good areas and bad areas? Maybe it is because the good areas are just so good, oozing with all the luxury and class one would expect of a jewel in the crown of the Riviera; and the bad areas are just so…well…what is the opposite of a “jewel in the crown?” Something about a cesspool comes to mind, smell included. But as bad as that sounds, don’t let it put you off. Luckily the sublime far outweighs the sub-par and the worst parts of town are easily avoided. But let’s start with the shinies, shall we?

Despite frequently being overshadowed by it’s glamorous neighbor, Cannes, Nice still trades heavily on its Riviera reputation. The expensive sports cars that cruise along the Cote D’Azur roads shine particularly well against a backdrop of palm trees and perfectly tanned sunbathers and the waiters serving them expensively exclusive brands of bottled water. Large stretches of coastal retail feature gold and designer goods, as one would want, of course, when shopping for souvenirs or a few post cards. But don’t despair, if you head away from the the water and into the city proper, there is more substance under this supermodel of a city than appears at first glance.

Luckily for the budget traveler, Nice, like many French towns and cities, boasts a variety of free cultural attractions. The city isn’t short on museums, and some really good ones such as the Museum d’Histoire Naturelle (Museum of Natural History) and the Musee des Arts Decoratif Baroque which is housed in the 17th century Lascaris Palace are free. And whether you are interested in the Baroque or not, the setting itself for the museum is more than worth a visit! (Oh what the author would give to be able to slide down that bannister!!) Other museums include the traditional French assortment of arts and sciences but worth a note are the museums dedicated to the works of Marc Chagall (a favorite of since that famous stained glass window scene in Ferris Bueller’s Day Off) and Henri Matisse.

For those academics more historically than artistically inclined, Nice boasts a wealth of archaeological treasures. The city claims to be one of the oldest settlements in Western Europe and the remains at the site of Tera Amata seem to bear this out with evidence of structural housing and use of fire dating back more than 230,000 years. The reconstructions of the site and its camps make a visit to the Prehistoric Museum of Terra Amata a must.

But if it’s a sunny day, as it’s bound to be along the Mediterranean coast, it’s unlikely visitors to the city will want to stay indoors. One boon to the budget traveler in a ritzy town is that the meticulously kept boulevards and plazas are still free for anyone who so wishes to admire the graceful architecture and gentile people. Stroll along the Promenade des Anglais dating from the time when wealthy English would alight in the city to bask in its gentle winter climate rather than today’s English who prefer to descend on to the Spanish Costa of the moment to down pints of lager and support a strangely misplaced economy of fish and chip shops. Follow the gentle sway of the promenade through the Jardin Albert Ier to Place Massena, the main square of the city, and you may be rewarded with any number of planned or spontaneous entertainments provided by the local musicians.

Exit the plaza to the south east and you’ll soon find yourself in a maze of twisting cobbled streets that is the Old Town. Now the Old Town itself would get a 10 out of 10 for atmosphere, and if you want to stay here you can find hotels. Few “old town” areas are more evocative in terms of architecture and views of the surrounding area. Despite the close proximity of the buildings, visitors are continually tantalized by glimpses of the beautiful but elusive Castle Hill and the sea beyond. The problem lies in that this, like many other “Old Towns” is sadly becoming more and more of a stereotypical tourist trap as times go by. In high season, you’d certainly struggle to find anyone French patronizing the overpriced cafes, however there seems to be some hope left in the sparingly few but sturdy shops specializing in local goods. While these remain entrenched, it’s reassuring to know it’s still possible to find souvenirs not yet “Made in China.”

But following the streets further to the east you’ll notice a pattern, and not a very pleasant one. A few more cigarette butts on the ground, a bit more graffiti on the walls, buildings just slightly more tatty and certainly looking less cared for… With the obvious exception of the chateau and its grounds, the city descends in glamour and glitz quite steadily until you hit the eyesore known as the Port of Nice.

To be fair, the port is probably not much worse than any other big port, but by their very nature, and certainly in this case its proximity to the main town, it must be mentioned as a detraction from the beauty of the rest of the city. Despite only being able to dock the “small” cruise ships, it’s still common to have hundreds of passengers disembarking at once, clogging the surrounding areas and certainly acting like a sickly sweet can of cola to the waspish pickpockets and con artists hoping to take advantage of disoriented foreigners while they are still getting their land legs back. Is this a reason to avoid the town? Of course not! It is, however, a reason to be extra cautious with your valuables. There has been talk about rejuvenating the area and attempts of capitalizing on the waterfront real estate but whether that takes hold or not remains to be seen. On the bright side, unless you are actually travelling on a cruise ship this area is easily avoided, and should be, especially at night unless you have some particular fascination with drunks or beggars, of course.

So pack your sunglasses, sun cream and any other beach paraphernalia you have room for without having to pay excess baggage fees and by all means, enjoy your time in Nice! It is indeed quite…umm…no…I won’t say it….I won’t say it…must not say it…

It is indeed quite nice.

About the Author: CJ Toth

Cindy is an ex-pat American who lives in the UK with her charming English husband, overly clever toddler and pudgy cat. In her spare time she enjoys cooking, crocheting, creative writing and might even one day pick up a few miscellaneous hobbies that don’t start with the letter C. When not in the kitchen or at the computer you can probably find her dressed in velvet, wandering castles and dreaming of days gone by. Visit her blog at Medieval Moods, find her on Facebook, or follow her on Twitter. CJ Toth has written 12 posts on Vagabond Journey. Contact the author.

Next post: Macau: Welcome To The Most Crowded City On Earth

Previous post: Zhuhai, China: The Vices of a Boom Town