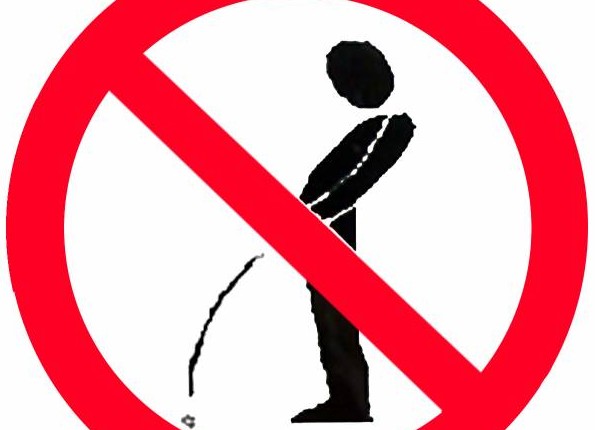 OSAKA, Japan- “Cant you see I’m peeing here,” an Osaka man snapped at a guy who politely asked him to stop urinating on a political campaign poster in the street. The pisser was attempting to express his rather septic feelings for the politician, Kei Yamamoto, and while his resolve may have been strong his timing was definitely off. It took a moment before the protester realized that the pee soaked face on the poster and the face of the man standing behind him were one and the same.

The politician just happened to be driving by when he saw the guy letting it fly at a photo of his smiling face.

Knowing that he had been “caught short,” as he put it, the pisser began grovelling and apologizing — even going as far as washing his pee off the poster he had just soiled — begging Yamamoto not to tell anyone. But this was to no avail, as the politician called the police anyway. It later turned out that the pisser was a member of the staff at the Osaka city hall.

“Had it not been my poster, I probably would have laughed, too…” the politician said on Twitter.

About the Author: News

Vagabond Journey scours the globe for the most interesting, informative, and straight up strangest stories out there. News has written 19 posts on Vagabond Journey. Contact the author.

Previous post: China’s New Leaders Rise to Power as Beijing is Locked Down