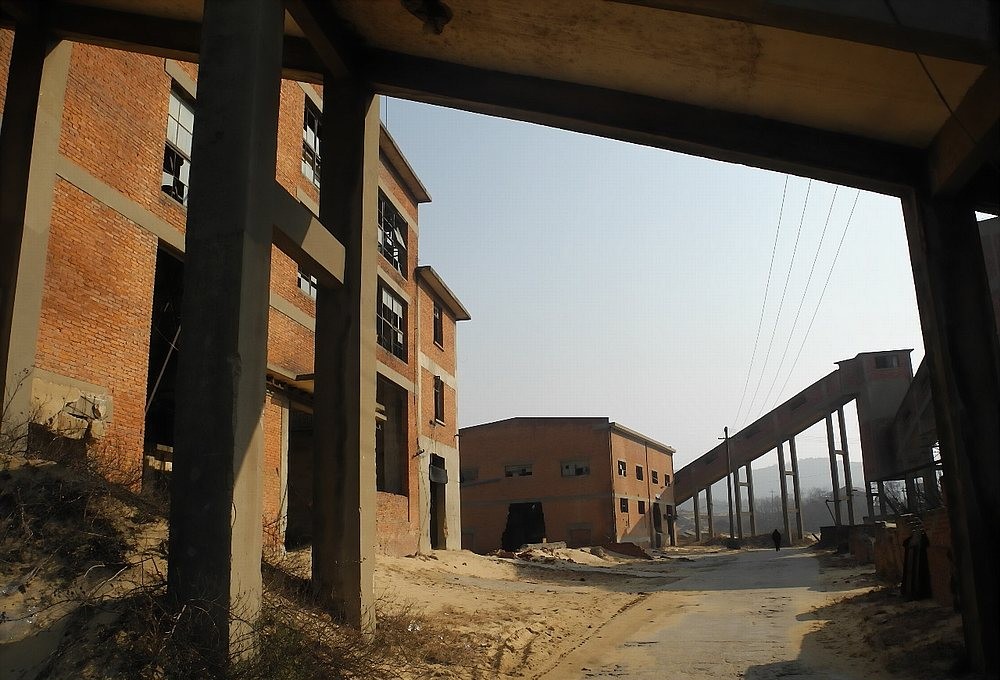 A look at a deserted factory town in remote Jiangxi Province.

A ghost city is a place that has become economically defunct, a location whose population and businesses base dropped to ineffectually numbers. In the words of Lambert Florin, who has written extensively about ghost towns in the USA, it is a place which is “a shadowy semblance of a former self.” A ghost city is a place that’s been abandoned, forgotten about, left for ruins, not a place that’s still in the process of becoming. The places that I’ve been writing about in China for the past couple of years are the opposite of ghost towns: they are new cities coming to life, not existing cities spiraling towards death.

Though this doesn’t mean that China doesn’t also have a large stock of genuine ghost towns. To put it bluntly, China probably has more abandoned towns than any other country on earth. As China’s cities grow and flourish its villages and rural towns dwindle, depopulate, and fade away to ruins and relics. This is a country that has transitioned from being rural to urban-centric faster and more extensively than anywhere else in history, and in this great upheaval there is a lot that’s being left behind in the countryside.

The following photos were taken in an abandoned factory town that is located near the Laoye Temple on the banks of Poyang Lake in a remote part of Jiangxi Province. I went there to do stories on the Bermuda Triangle of the East mystery as well as the Poyang Lake catastrophe. The location of this place is still pretty far off the grid, the nearest village is at least 10 to 20 km away, the nearest city is Duchang, which takes more than an hour by car to get to. This deserted factory sits at a place where Poyang Lake bottlenecks, so all ships passing on a north/ south axis must cross in front of it.

Most of the people left this town long ago, and from what I was able to tell, there are only a couple of families left. The only functioning entity here is the temple, which was originally built in the 14th century and still attracts visitors from the surrounding area who go there to have their fortunes told and to practice other religious traditions. I was not able to find out what was made in this factory or what the town’s purpose was. In the center of this mostly abandoned town are the deserted remains of worker barracks, a playground overgrown with weeds, and what appears to have been a cafeteria.