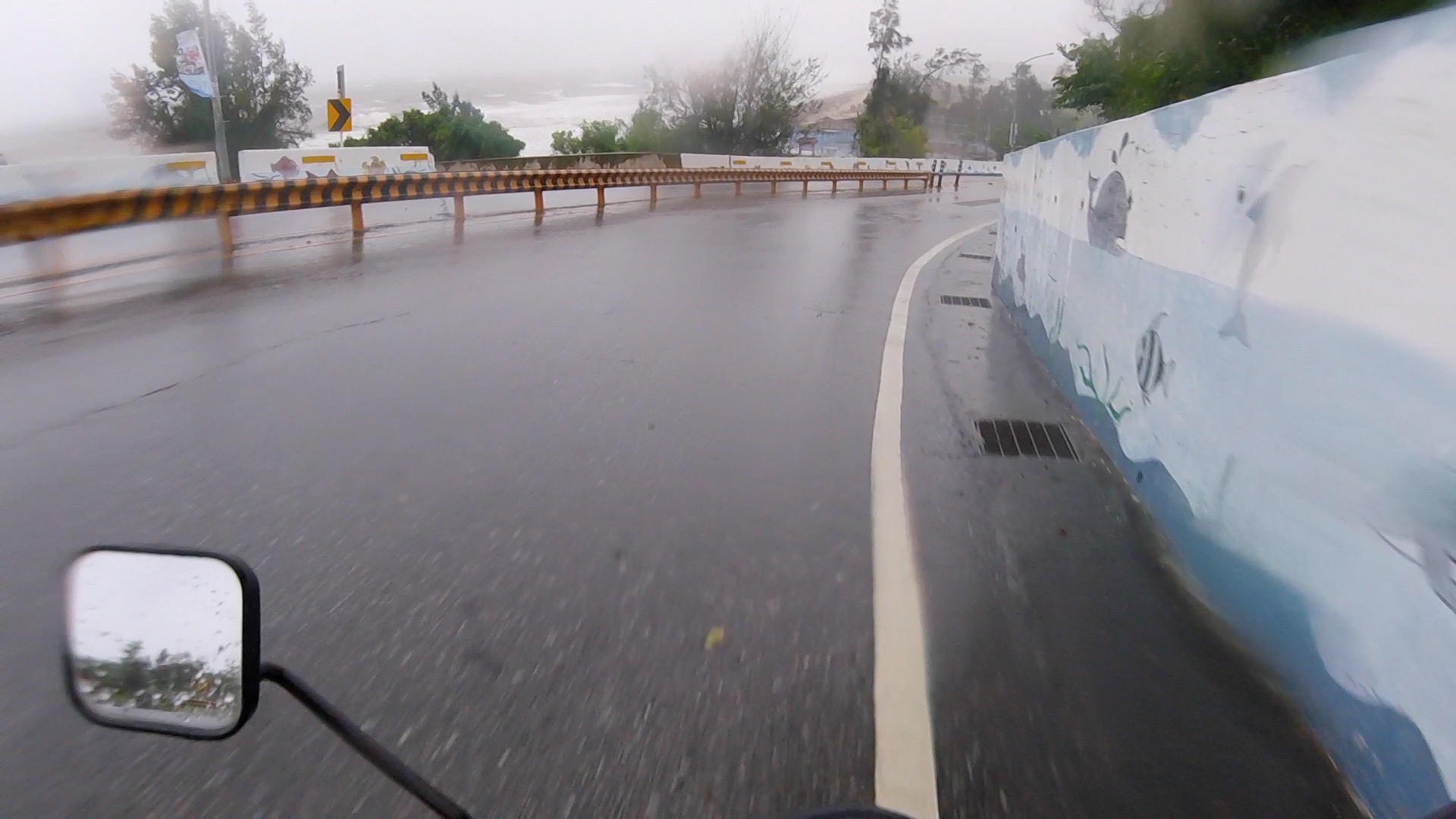 I Rode A Motorcycle In A Typhoon Today

It didn’t start out as dumb.

It didn’t start out as dumb.

Yesterday Kinmen was locked down waiting for Typhoon Nesat to arrive. The intercom systems in the villages — a hangover from the civil and cold war periods here — were blasting warnings about the typhoon that was on its way. We all ran to the store and stocked up on food. Shelves that usually brandished essentials like meat were wiped bare.

My daughter Rivka’s birthday is in two days. My wife is going bonkers trying to find a gift for her. It was raining a little, but she was still going out looking for something that she would like. I stayed home, warm, dry, and working. Peace.

Then I began feeling bad. It’s my little girl’s second birthday — shouldn’t I be going out in the rain looking for a gift for her too? There was something about my wife’s determination that was contagious. She just didn’t give a shit about the weather — she was going to find a gift.

I sucked it up and walked out into the rain and got on my motorcycle. I have skin; I’m waterproof. Fuck it.

I took off. It began raining harder. I got soaked. Fuck it.

Then it began raining . . . really hard. Then the wind began blowing . . . really hard. I took the road that goes down by the coast and saw the sea. The waves were massive … storm waves. I realized that this was the typhoon that those archaic public notification announcements in the village I’m staying in was warning me about.

There is something about riding a motorcycle in the rain that I didn’t take into account: when you hit the water droplets with your face at that speed it stings. Riding through that rain was like a thousand little needles poking at my cheeks, eyes, and lips. The problem was that it was hard to see through it. I tried to use my left hand to shield my face. Didn’t really work. Then I pulled my helmet down so that it went over by brow ridge. Good enough.

I kept going. What else was I going to do?

It was dumb, but, of course, there was something about it that I enjoyed.

***
I have this thing about needing to control my situation. It’s probably one of the reasons why I travel. Almost regardless of the circumstance, if I feel as if I have the power to enact my decisions then I feel comfortable. If I must run my decisions through someone else or if another person controls the decision making process then I don’t feel comfortable.

I’m writing these words quickly and easily, and it may seem as if this is a parameter that I take equally as lightly, but it really isn’t. This discomfort often dictates what I do and what I don’t do.

This is why I generally avoid tours at all costs — part of what you pay for is to have the responsibility for making decisions taken up by another person so you can just sit back and relax. I hate relaxing — why am I going to pay someone for something I hate doing?

Last year, I was traveling in the mountains of Azerbaijan with my friend Zaur and his driver. We went out to look at some high-up lake. It was beautiful; it was fun … then it started pouring. We were way out in the mountains driving on what amounted to dirt paths which the accumulated rain was using as drainage chutes. It was occasionally rising above the bottom of the car. I really didn’t want to be stuck out there behind some landslide. But I had no control of the situation. I didn’t like how that felt. I told my friend that I wanted to get out of there, and made everyone leave.

In another situation — if I was the guy in the front seat calling the shots — I probably would have responded much differently.

Travel is ultimately a continuous exercise in decision making. It’s part of what’s fun about it. There is a power in making decisions; a power in deciding where you go and what you experience that travel provides in excess. You wake up in the morning and run a gauntlet of action/reaction throughout the entire day — boom, boom, boom, decision, decision, decision, experience, situation, new decision, outcome. The stimulation from living like this gets addictive in a way, so that when you suddenly don’t have decision making power you crave it to the point of dysfunction.

***
So I arrived at this big, modern duty free shopping mall in the east of Greater Kinmen Island. I surprised my wife and kids, who were already there shopping. They looked up to find me drenched all the way through and dripping puddles wherever I stood. But at least I was there.