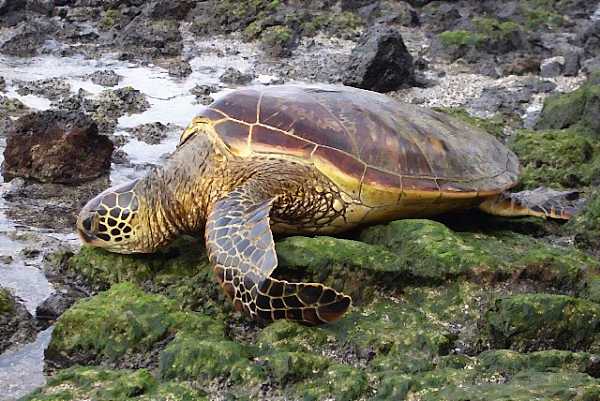 Hawaii For The Vagabond Naturalist

Tourism and conservation, the Catch-22 of the “Extinction Capital of the World.”

The Hawaiian Islands are the ultimate destination for anyone who loves beauty, nature and the ocean. However, it is also a great place for anyone hoping to study rare species from the animal world. Unfortunately known as the “Extinction Capital of the World,” Hawaii was once home to hundreds of species that have since vanished from the earth, and many of its remaining indigenous species are now endangered.

Many Hawaiian species met their demise because of human intervention. As humans built up shopping centers, resorts such as the beautiful Sheraton Waikiki and other human domiciles, many of Hawaii’s natural ecosystems were destroyed, thus displacing wildlife populations. Competition for food and habitats became too great, and many species paid the ultimate price.

However, scientists do not blame humans entirely for every species that is now extinct or on the endangered list. Genetic factors also play a role – because the Hawaiian Islands are so isolated, the genetic pool is greatly reduced, which can lead to inbreeding and less genetic diversity. Critics of this school of thought will argue that human intervention is actually the direct cause of the smaller genetic pool, thus illustrating a very cyclic path of extinction.

Another influencing factor of extinction may very well be the introduction of alien mammals to the region. Many creatures, such as certain species of rats and cats, have been brought to Hawaii over the years and have done great damage to the environment’s indigenous species through the simple act of hunting. In fact, scientists have found evidence that a combination of human intervention, lack of genetic diversity and foreign animals have all contributed to the endangerment and extinction of much of Hawaii’s local wildlife.

Here is a look at a few of Hawaii’s most endangered species to date.

The Hawaiian monk seal lives mostly on the northwestern Hawaiian Islands, though there have been rare sightings on the main islands. This animal survives on hunting small octopus, reef fish and eels at night. During the day, the monk seal sleeps on rock ledges and isolated beaches. While the tiger shark is the monk seal’s natural enemy, pollution and loss of food sources due to extensive fishing in the region have caused the monk seal to become endangered.

Identified by its distinctive yellow head and breast and finch-like bill, the Hawaiian honeycreeper, or Palila, is found naturally on the western slopes of Mauna Kea. Historically, these birds were common in all mamane forests, which grow a legume variety endemic to Hawaii. However, today less than 3,000 of these birds are known to exist in the wild. The Palila has been most greatly endangered through the loss and degradation of its natural habitat, predation by non-native mammals and disease.

The Hawaiian hoary bat, also known as the ope’ape’a, is a relatively small, nocturnal bat that survives by eating insects. Overall, the bat weighs up to 18 grams and has a wingspan of just 13 inches. The Hawaiian hoary bat is the only endemic land mammal of Hawaii that is native to the islands, but it has become endangered due to habitat loss, diseases brought by non-native mammals and pesticides which have caused a lack of food sources.

Growing up to 400 pounds, the Hawaiian green sea turtle is aptly named for its greenish-colored fat. It is believed that these turtles return to lay their eggs where they were born, and those hatchlings that survive can live up to 50 years. While the turtles have several natural predators, they have mainly been hunted out by humans for their tasty meat and beautiful shells.

There are 41 species of the O’ahu tree snail, though every one of them is endangered or extinct. Ranging greatly in pattern, color and shape, they are all about ¾ inch in length with smooth, glossy shells in a variety of colors including red, yellow, orange, green and black. Found in both the wet and dry forests of Hawaii, these snails are nocturnal and feed on fungus growing on native plants. Growth rates and fertility is very low among this species, which means that collection, predation and hunting play a critical role in the snail’s survival. However, destruction of its natural habitat has also contributed greatly to the loss of this animal.

About the Author: Guest

On occasion, VagabondJourney.com accepts guest articles in order to cover stories that we are not able to with our staff alone. To guest post with us, contact the editor. Guest has written 27 posts on Vagabond Journey. Contact the author.

Next post: Shenzhen, China: Where Your Stuff Is Made

Previous post: Macau: Welcome To The Most Crowded City On Earth