A strange way of making friends. 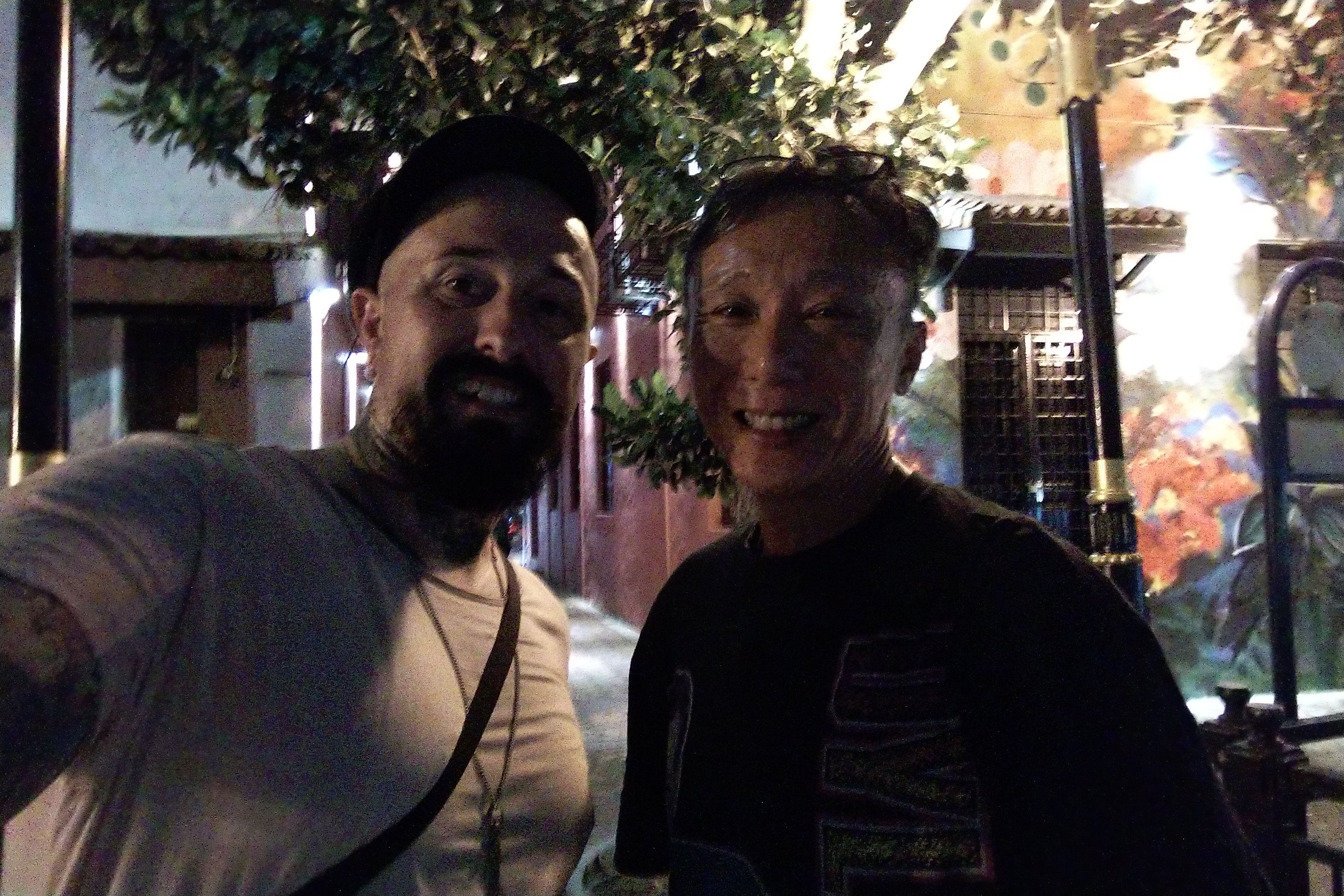 MELAKA, Malaysia- I was standing in front of a cafe bar on the river in the early evening trying to order a Tsingdao for nostalgia’s sake when I became aware of a guy standing right next to me staring right at me. I look a little odd, but here in Malaysia it usually just amounts to a, “cool tattoo.” But this guy was looking right at me smiling, waiting patiently until I finished my interaction with the cafe owner.

Then I turned to him to find out what was up, and almost before the words were out of his mouth I knew what was going on.

“I believe I know you. Are you on YouTube?”

I had gone an entire day here in Malaysia without being recognized. Not bad.

I was in Malaysia when I made a serious go at generating revenue from YouTube, so much of the better content on the channel is from here. I also had a few videos that, let’s say, resonated. Some of them brought in a half million+ views, others 100k.

However, these numbers seem a little low for the on the ground impacts these videos have had. No matter where I am in the country I get recognized almost daily — it seems as if the entire country has watched them at some point, and I suspect that some of them were probably republished on other social media platforms or news sites.

I don’t have this experience anywhere else. I go on British TV a few times per year, my face is shown in news reports and docs, every article that I write for Forbes had my face on it, and this blog — where I shamelessly talk about the nuances of my life — still brings in 100,000 visitors per month. None of these streams of public contact bring me as much attention as that series of YouTube videos about Malaysia.

The problem with this is that some of those videos come off as being a little controversial and bring in no small amount of angry comments and threats. Malaysia is a very politically bifurcated country, so if you say anything about just about anything half the people are going to love you and the other half are … not.

What’s interesting is that I have not yet had an adverse situation arise from being recognized from these videos. Everyone who has approach me has been extremely cordial and polite. Sometimes they mention that they don’t agree with me but they do so with a big smile on their faces and we have an intelligent and respectful conversation about the topic.

This is astonishing because in the comments these same people can be total dicks — I mean, really nasty. In the beginning I had a hard time believing that the culture interacting with me via the comments was the same one that interacted with me in the streets.

This says something about people and what the anonymous buffers of the internet can do to them — it strips away their culture; turns them into barbarians. But remove these buffers and they go back to acting like people again:

Some psychological studies suggest that social-media outrage is bolstered by an “online disinhibition effect” — when people interact with others online in ways they wouldn’t necessarily behave if they were speaking face-to-face.

“When you don’t see the person in front of you, you can’t judge their emotions,” Atchison of Kings College London says. “You can’t judge their tone of voice. You can’t see their facial expressions. Then you are more inclined to denounce them, attack them, and abuse them in ways that you would never do in person.”

This also says something about Malaysia: these people will proverbially fight to the death over political differences online or in the news but face to face they are extremely accepting of a multitude of viewpoints. This is a multicultural country and the people are taught from birth to respect each other, and, more or less, they do. It’s something they’re proud of.

The guy who recognized me is named Ivan. He’s from Penang — and island where I spent a good deal of time last year on. We walked down the riverbank together talking. He introduced me to his family and invited me over for Christmas.

This wasn’t the first time that I made real life friends here from being recognized from f’ing YouTube.

Filed under: Malaysia, Vlogging
Tagged with: Getting recognized, Melaka, Youtube