Final Countdown and into Colombia

Popayán, Colombia- I’m on my final countdown of days before I return to the States and I’ve saved the best country for last. At least I think Colombia has the possibility of being one of my favorite countries in Latin America. I have yet to hear a fellow traveler say anything bad about the country [...]

I’m on my final countdown of days before I return to the States and I’ve saved the best country for last. At least I think Colombia has the possibility of being one of my favorite countries in Latin America. I have yet to hear a fellow traveler say anything bad about the country and most want to go back and get starry eyed when speaking of their time here.

Like my border crossing into Ecuador my crossing into Colombia would also take two days. It could be done in one but things get a bit dodgy once you get into Colombia from the border to Pasto. It’s not a road you want to travel on at night according to my guidebook and every Ecuadorian and Colombian I’ve met and talked to on the subject. So, six and a half hours of buses one day and eight hours of buses the next put me into the city of Popayán, Colombia.

I’ve taken longer bus trips but these hours on the bus moved by so slowly that each hour felt like two. As normal, the scenery out the window of my bus was gorgeous. Jagged but lush, green mountains eased into rolling hills as I approached the Colombian border. The clear blue sky slowly gave way to storm clouds which provide the perfect backdrop to the shock of color arcing through the sky as a rainbow took shape. Ecuador gave me a memorable sendoff. 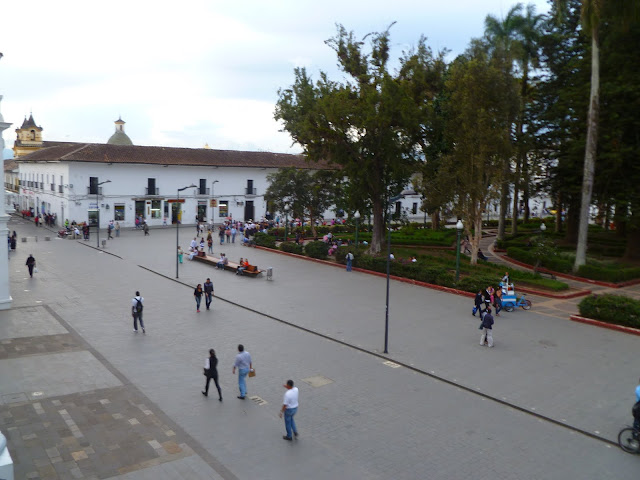 I crossed the border just as it was dark and I settled into the border town of Ipiales which wasn’t a bad place to spend a night before moving on to Popayán. My first impression of Popayán had me somewhat on edge. The ride to the city included three military check points. The last of which involved frisking everyone on-board, searching through all of our bags and thoroughly inspecting all compartments and the bottom of the bus for drugs. Once in town a helicopter spent the evening circling overhead and I counted a dozen soldiers carrying large semi-automatic rifles standing on street corners and bridges as I walked from the bus station to the hostel. Umm…what is going on in this city?

Everyone around me was continuing on with their everyday lives as if nothing was the matter so I didn’t worry too much about it. The next day the checkpoints, helicopter and soldiers on the street corner had vanished and the city looked like any other in Latin America.

I probably would have moved on after a day if I hadn’t visited the nearby thermal baths and enjoyed the new types of food available in Colombia. It was just enough to keep me here for an extra day.

About That Food:
Ecuador’s food was nothing special. Sure they had a full variety of international food including Mexican, Indian, Lebanese and Chinese but there wasn’t anything about Ecuador’s food in and of itself that was interesting. Colombia changes all of this. 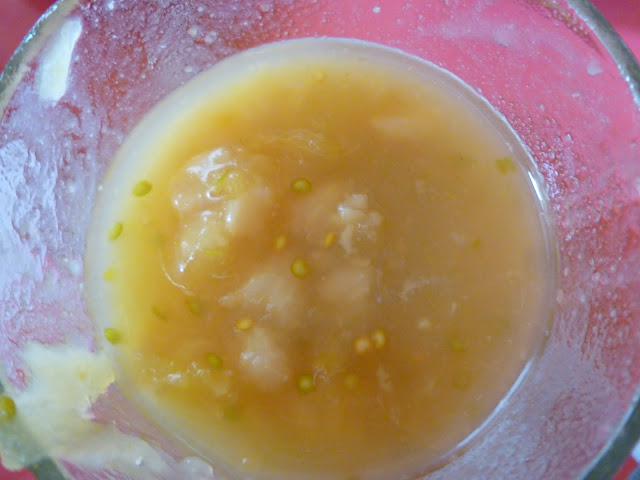 Champús - Not so good. 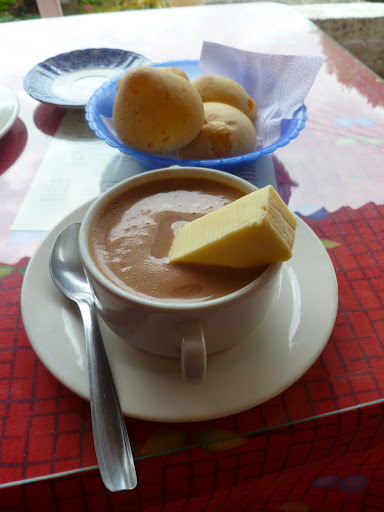 About the Author: Sam Langley

Sam Langley left a comfortable and profitable job with an insurance company in the USA to travel the world. He has been going for years, and has not stopped yet. Keep up with his travels on his blog at Cubicle Ditcher. Sam Langley has written 147 posts on Vagabond Journey. Contact the author.