Entering Europe on an Invalid US Passport

Can I enter Europe on a falsely “lost” US passport for the purpose of staying in the Shengen Zone longer? Hello, Yes, I think that you would be crazy to leave the US on a flight with your valid passport and then try to enter Europe on a passport that was fraudulently “lost” and then [...] 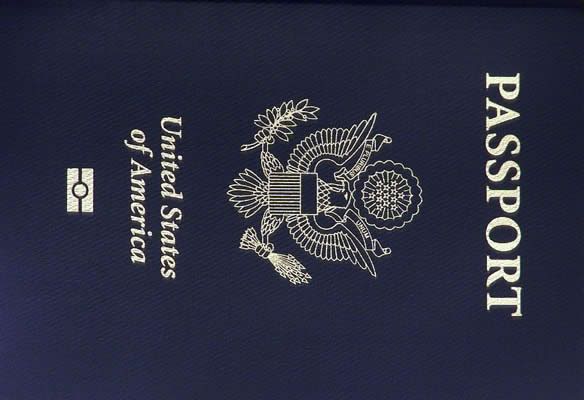 Can I enter Europe on a falsely “lost” US passport for the purpose of staying in the Shengen Zone longer?

Yes, I think that you would be crazy to leave the US on a flight with your valid passport and then try to enter Europe on a passport that was fraudulently “lost” and then “found.” In point, what you propose to do — enter Europe on a passport that you falsely reported to the US government as being lost so that you could get a new passport to illegally enter Europe — would be a really bad move. In point, if your attempt goes belly up then it is my impression that you would not only find yourself in trouble with the European authorities but also those of the USA as well.

There is a very high probability of this plan not working out, and you getting caught, arrested, and penalized.

Us passport - treasure it

There is no telling how sophisticated the Shengen Information System (SIS), the European database that logs immigration data on travelers, is, but I would not test it. On the one hand, I have received reports that prove that it is very efficient with being able to identify and pull up immigration records on travelers who have even entered Europe on different passports, but, on the other hand, it also does not seem to be implemented with the same stringency across all of the countries in the Schengen Zone. I mean, you successfully entered Zurich, one of the strictest points of entry in the region, on a new passport to cover up the fact that you had used up all of your visa time as evidenced by your previous passport. But what would happen if you attempt to enter Europe someday and they found that you have been entering Europe multiple times illegally on two different US passports, one of which is valid and the other marked as being “lost?”

I cannot claim to be an European immigration authority, or an immigration authority at all, but it is my impression that you would be in a heap problems if you happened to be caught using a US passport that has been filed as being lost — even if it is your own. I believe that this could be considered “fragulent use of a US passport,” and it is my impression that the problems could be far worse on the US end than the European. Fradgulently claiming that a US passport had been lost in order to get a new one is not legal as it is, but attempting to use the “lost” one is a recipe for major problems. Seriously speaking, I would not want to mess with the US immigration authorities: using lost or stolen US passports is a big business and is highly illegal, I would not recommend you to try this. You will more than likely be caught:

The fact remains that even if you are not caught for using the expired passport in Europe, one of the first things that US immigration will do upon your return to the country is look for the stamps in your passport from the countries you just visited. If these stamps are not evident in your valid passport, questions will arise. In point, it will be very easy for US authorities to determine that you not only fradulently claimed to have lost your previous passport to get a new one but also knowingly traveled on an invalid passport.

Description of US passport fraud

From US Department of State

Remember that US passports are the property of the US government, and it is these folks who grant you the priviledge of being able to travel on one of their documents — I would not reccommend doing anything to mess this up. Don’t screw with these guys, as there are now a host of offences that could revoked or deny the issuance of US passports to US citizens and commiting passport fraud on multiple fronts very well may prove to be ground for “prior felony conviction that prohibits international travel” or even enough to land you in prison. US authorities are currently very touchy on the use and misuse of their travel documents. The following is a run down of penalties for the fragulent use of a US passport fromthe US Department of State website:

Use of lost passport conclusion

Ultimately, when it comes to visa issues and immigration I recommend playing by the rules, as, in the end, everything tends to work out better that way. There are thousands of Americans in Europe who did not play by the new Schengen policies, and they have now found themselves banned from the region — some having been forced to leave the places they have been living in for years — unable to return for a very long time.

If you have any intention of living in Europe legally on a long term basis, I would highly recommend playing by the rules in full. Truly lose your “lost” US passport and follow the Schengen 90 days in 90 days out rule as they are printed.

Thanks for your question and donation. I wish that I could offer you more hopeful advice, but I hope that my warnings do help on some level. Just wait it out, play by the rules, do everything legally, and hopefully nothing will stand in the way of you obtaining long term resident status in Europe.

Related pages: Do not travel with an invalid passport | Don’t lose your passport because you overstayed your visa

—————-
Original question about traveling to Europe on a “lost” US passport

I am American. My boyfriend is Swiss. I have a consulting business in the US and can work from almost anyplace on my computer. So when I can, I stay with him in CH. I have been spending 3-4 weeks in CH and return to the US for 2-3 weeks. However, flying in and out of ZRH has become impossible. They literally take out a calculator and add up my days. So, in June, I got a new passport to wipe the slate clean. It worked. However, I am already back up to 80 days out of 90 and plan to return on Nov 14 for 2 months. Obviously, there is no way that I can do this on my current passport.

My itinerary has me flying into Rome on Nov 14 and departing out of LHR on Jan 8. I am considering just getting another new passport, but before I did that, I wanted to run something by you…

I have my old passport. I “lost” it and “found” it after my new passport came. I understand that I cannot use the old passport in the US or with the airlines to leave the US. However, what risks would I run using this old passport in the EU to enter Rome and leave Schengen. Would the SIS flag that this in an invalid passport. Basically, I would leave and enter the US with my new, current passport but use the old passport to enter and leave Schengen. I know this is really risky and I don’t want to screw myself and my longterm plan to get ‘legal’ in CH. In fact, while I’m there, my boyfriend and I will consult with an attorney to see what my visa options are. I just need to get through this last trip. I absolutely will not fly in and out of CH. If I have to take a train to France and fly out of Nice, I’ll do that, but CH is just in lock-down.

What do you think? Am I crazy?

Next post: Travel to USA to be Made Easier – We Hope