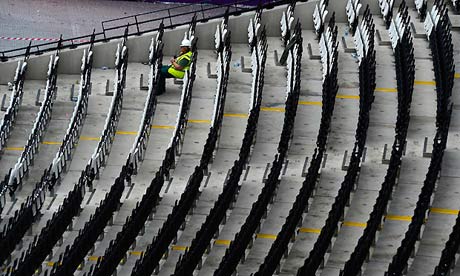 End of an Era: The London Olympic Cleanup

The London Olympics are over, what are they going to do with all of those new buildings?

2012 is a memorable year for London, with the success of the Olympic Games attracting viewers and visitors from across the world. Worries about travel difficulties in the crowded capital came to little, and extra transport at London train stations ensured visitors were able to get around the city without a hitch. Those travelling by train from Europe also had a hassle-free experience, as Eurostar’s plans to cope with additional passengers were successfully implemented. So, after a landmark year, what’s next for the city and former Games site?

Immediately after the Olympic and Paralympic Games, London had a third major task to take on: the clean-up. No sooner had the Paralympic Games come to a close than work began on dismantling the arenas. The scheme will cost around £292m, and will deliver an exciting new attraction to tempt visitors back to the city. Work has already started on 35km of new pathways, bridges and cycle lanes and the existing site will be expanded to include 102 hectares of parkland. The area looks to have a ‘green’ future, with the planting of 4, 300 new trees, lawns and allotments as well as a vast area of meadow. The Olympic committee strove to deliver as an environmentally-conscious Games as possible.

Missed the Games and thinking of checking out England? Visitors will not have long to wait to see the results of the post-Olympics clean up, with the first section of the site’s Queen Elizabeth Park to open in July 2013. As well as landscaped parkland, there will be activities on offer including basketball, wheelchair basketball, judo and fencing. For those who felt inspired by both Games events this is the perfect opportunity to tread in the footsteps of Olympic athletes and give new sports a go.

For the less active traveler, the Park will also host numerous cultural and arts events. The new buildings and installations featured in the Park promise cutting-edge design, and during the summer expect large-scale outdoors performances. There is also a focus on local culture, with plans for poetry-inspired installations about the area’s history, as well as music recitals and concerts.

The close of 2012 may spell the end of the an era, though 2013 promises the dawning of another in which visitors to London can experience new events in the post-Olympic facilities and learn about the legacy of the Games.

About the Author: Guest

On occasion, VagabondJourney.com accepts guest articles in order to cover stories that we are not able to with our staff alone. To guest post with us, contact the editor. Guest has written 27 posts on Vagabond Journey. Contact the author.

Next post: Why You Should Have a Shortwave Radio When Traveling Abroad

Previous post: Woman Has Finger Cut Off for Littering in China