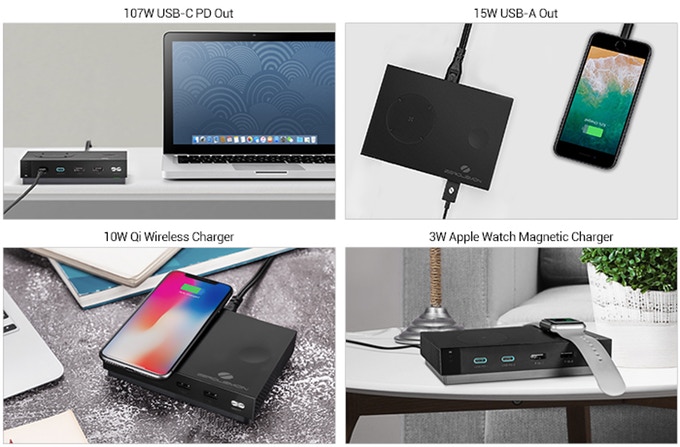 Chargers, cables, adapters, plugs, batteries, power strips, more chargers, more cables … This is the life of the digital nomad. If you want to travel with your electronics — the tools of the trade — you need to travel with the accessories which power them. If you go deep into this profession, you will probably find yourself buried in charging gear. I actually carry a dedicated bag that’s just for chargers and cables and adapters to power my computers, cameras, phones, audio recorders, LED lights, gimbals, and monitors. I’ve already talked about how many batteries I travel with — each one needs to be charged somehow. It’s ridiculous.

So when ZeroLemon reached out with their Extreme Charge Station — which carries the tagline “Fast Charge for all your gadgets” — I decided to give it a try. 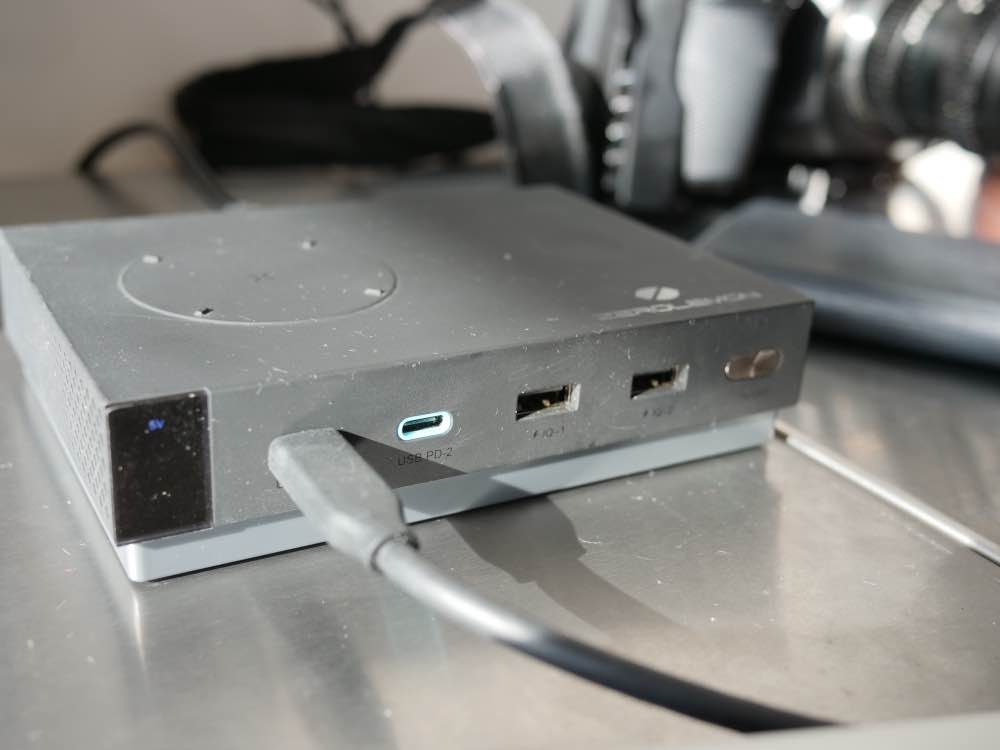 Basically, the Extreme Charge Station is a power box that has 2 USB-C, 2 USB-A, and 2 wireless charging docks, so you can charge up to six devices at one time. What separates this device from a normal power strip is its power: with 135W output this thing cannot only charge big batteries — such as those in laptops — but charge them fast. The company claims that it can full-charge a 15″ MacBook in two hours.

It’s also small enough to travel with, being 5.5″ long, a little over 4″ wide, and standing only 1.5″ it fits right into my carry on camera bag.

One of my biggest issues after a long day of filming is having to triage what devices / batteries should be charged first. Should I charge my camera batteries or my lights? My phone or my audio recorders? While I do have various multi-port chargers, they often don’t have the space to allow for all the ports to actually be used at once or they, simply put, are not powerful enough and it takes an extremely long time to charge everything — thus limiting the advantage of their multi-port functionality. So what I often do is try to plug everything into its own outlet all over whatever room I’m in. This is cumbersome and there is never enough outlets to effectively do this. 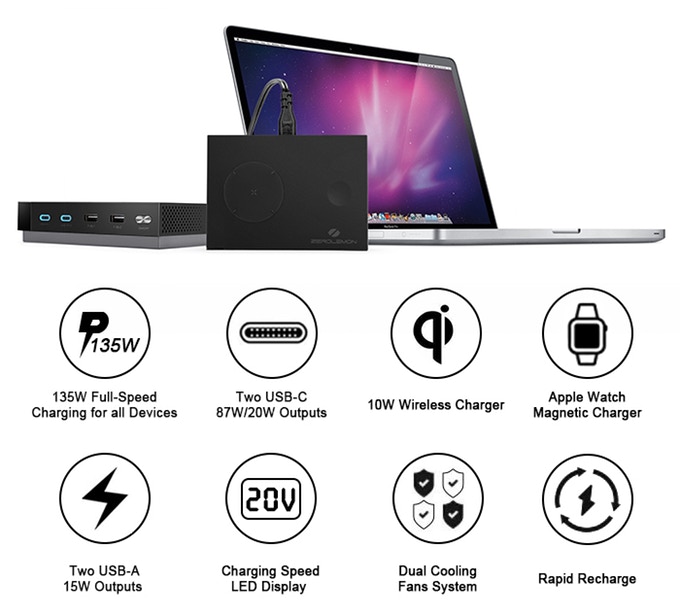 So I began using ZeroLemon’s Extreme Charge Station. It sits right on my stainless steel worktable at my new base of operations in Queens and when I go out for trips it fits right into my charger bag, limiting my need to carry an array of different plugs. I usually just keep a bunch of cables hanging out of it at all times, and when I need to plug in I can do so easily — kind of like a car pulling up to a gas station.

Another advantage of the Extreme Charge Station over a standard multi-port charger dock is that it can regulate it’s temperature with a fan-driving cooling system, which keeps the temperature under under 105.8℉ (41℃). This means the power flow isn’t going to be cut back by heat accumulation and there is less of a change that it’s going to burst into flames — as cheap off-market Chinese chargers purchased on Amazon will occasionally do (I had one melt once). 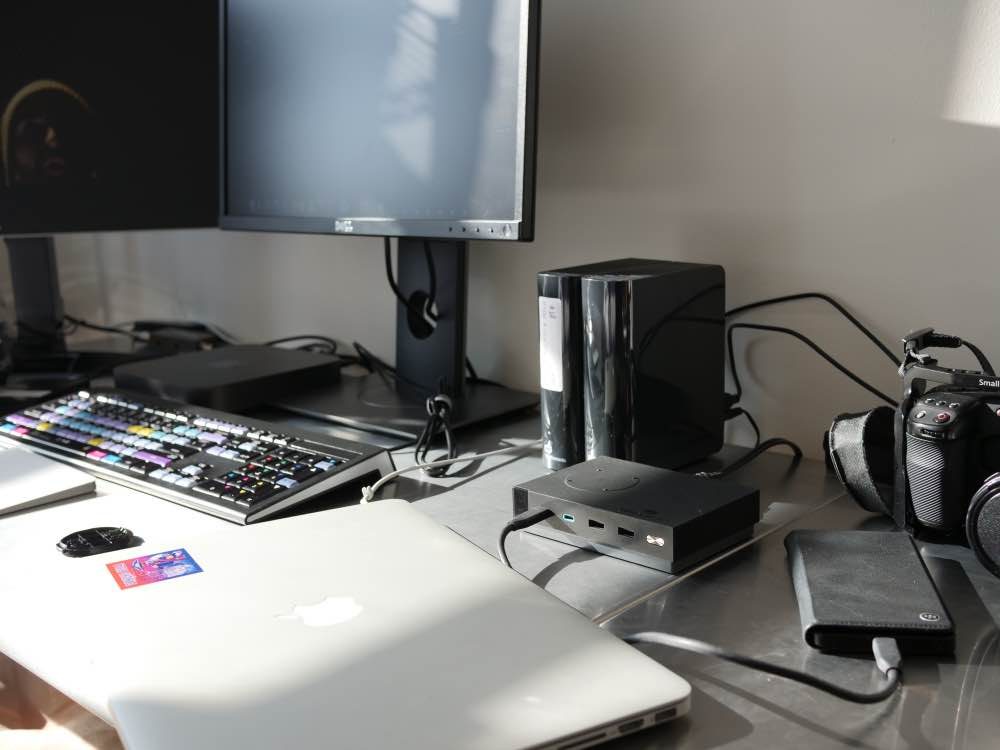 ZeroLemon’s Extreme Charge Station started out as a Kickstarter campaign, and while I often hesitate to promote Kickstarter projects — many never actually ship — they have already brought in nearly 15 times their goal and they have products ready to send out. I got one. It works excellent.

If you’re a digital nomad, filmmaker, or a photographer whose profession relies upon being able to quickly charge an array of devices / batteries, it’s probably worth it — especially is you use a USB-C charged MacBook. My “do you really need this” rating for this product is 7/10.

Previous post: Airport Tips if you are Flying from London Luton