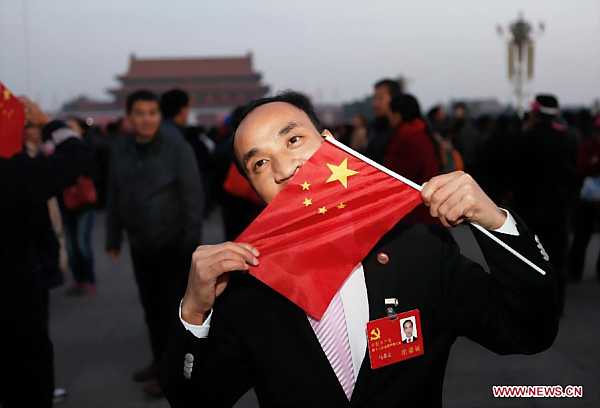 China Selects It’s New Leaders Amid Scandal, Corruption, and the Year of the Dragon

China begins selecting its new leaders today. How? Nobody on the outside really knows.

It’s a Dragon Year in China, and today the Communist Party is set to begin their 18th National Congress, a week long series of meeting where the country’s top dogs will chose its next set of leaders. The incumbent president, Hu Jintao, will step down, and seven out of the nine highest positions in the Communist Party will see a changing of the guard. This transition only happens in China once a decade.

According to tradition, Dragon Years are known to bring big changes to China, which sometimes include the beginnings of widespread political conflicts and even all out calamities. The 1964-65 Dragon Year saw the beginning of the Cultural Revolution. The next one, in 1976-77, brought widespread natural disaster and political upheaval around the country, along with the death of Mao Zedong. In the following Dragon Year of 1988-89, nationwide protests began which ultimately lead up to the Tiananmen Square massacre.

This Dragon Year is looking like it may keep up with this big change tradition. Coming into this changing of the guard, China stands in a very tumultuous position. Their incredible economic growth is showing signs of tapering off, the Diaoyu Island conflict with Japan is growing hotter, ethnic strife continues in Tibet and Xinjiang, villagers in Guangdong province have risen up against their party officials over their complicity with unscrupulous developers, widespread protests for myriad reasons break out intermittently across the country, and the gap between the rich and the poor is ever growing and has become a cause of widespread discontent. 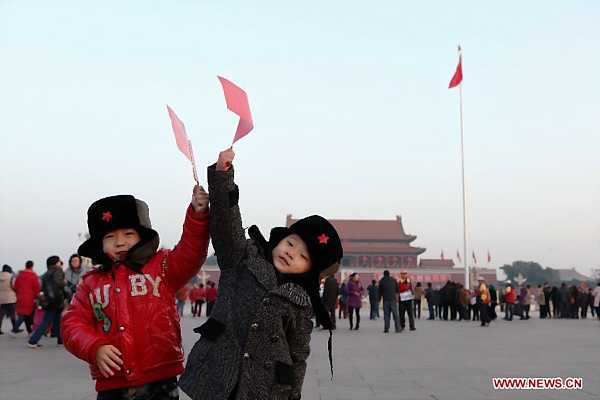 Along with all of these upheavals, there is a major divide within China over the proper direction for the country to continue evolving politically and economically. On one side are those who wish to return to more socialistic values, parade egalitarianism, and pull back the reigns a little on the economic reforms that have almost run away with the country. While the other side says that the country has not yet developed enough to start curbing it’s economic endeavors and that keeping to the course of further free-market reforms are in order. Along these lines the Communist Party is also divided, and the 18th National Congress is where both sides will go head to head —  the winner will decide the direction that China moves in this coming era.

“The Chinese government is a black box, we don’t know what goes on inside of it.”

This is what I was told when I asked about how China selects their political leaders. Chinese people don’t vote for their president or their top leaders, they are selected by the government in a manner that can only be called unsystematic at best, secretive at worse. The short, parodied view of how this works is that the highest ranking Communist Party members go into a backroom debates, make deals, shift alliances, drink a lot of baijiu, maybe even fight, and when they come out they have a list of candidates who will lead the country through the next decade.

Today is a big day in China, as 2,270 hand picked delegates will gather in Beijing’s Great Hall of the People and begin the process of choosing the 200 members who will therefore decide who the 25 members of the Politburo will be. Though how many options they actually have after the current Standing Committee and various other powerful players in the CPC have their say is highly questionable. It is my impression that, at least in regards to the Standing Committee, approval of a candidate by the most powerful leaders of the CPC is tantamount to an appointment.

Today, both sides of China’s political system have devised their strategies and are ready to go into the biggest political cage fight that China has seen since the last National Congress. Jiang Zemin, China’s former president, who has occasionally been assumed dead over these past couple of years, has resurrected himself in Beijing just to mix it up in this event. So China’s current president and former president are now in the fray together, deciding who the country’s new leaders will be.

One faction could be called team Hu, and is made up of the standing president, his protegees, and allies. They are considered the more liberal, more free market capitalistic oriented faction. The other side is said to be lead by nobody other than Jiang Zemin himself. This faction is often called more conservative and socialistic.

At one point it was looking like the 18th National Congress would be the quiet transition of power that the CPC were hoping for, but then proverbial hell broke loose. Bo Xilai, a rising star of the Chinese government and son of Bo Yibo, one of the original high ranking officials of the CPC, crashed and burned. He was a member of the Red Second Generation, known as a princeling, was the top dog out in Chongqing, the figurehead of a sect of the Communist Party, a member of the Politburo, and was poised to take a very prominent position in this coming power change over. Then this all came crumbling down.

Chongqing police chief, Wang Lijun, fled to a U.S. consulate in China and told U.S. diplomats that Mr. Bo’s wife had murdered Neil Heywood, a British businessman and, potentially, a wannabe spy. During the ensuing investigation, Bo’s long trail of power abuses rose to the surface, and his political opponents jumped at the chance of having him disposed. Rather than being awarded one of the highest positions in China, Bo was officially sacked on November 6th and kicked out of the Communist Party.

Then this summer an intoxicated and belligerent young man went flying through the streets of Beijing in his Ferrari with two half undressed women. He ended up crashing and dying. Who was this young man who met an untimely end? Nobody other than the son of Ling Jihua, and one of president Hu Jintao’s right hand men. Well, Ling Jihua did not want to deal with the embarrassment of his son’s obnoxious demise, so he attempted to cover up the incident. But this was to no avail, as the story came out and Ling was busted. He was promptly sacked.

Then an article in the NY Times came out which revealed the fortune State Premier Wen Jiabao’s family has managed to amass during his tenure as one of the top officials in the Chinese government. The article demonstrated how he engaged in insider trading by using the knowledge inherent to his high position by passing very timely business advice on to members of his family — who were able to rake in over billion dollars because of it. This type of corruption from such a high ranking official hits hard in a country that is already facing major problems resulting from the massive inequitable distribution of wealth.

In the words of a Chinese political correspondent, the CPC political transition is “descending into chaos.” Yes, this may just be shaping up to be a proper Dragon Year.

Next post: MyCharge trumps Mophie in the battle of the batteries

Previous post: American and Chinese Relations: How We View Each Other