I didn’t know these existed. 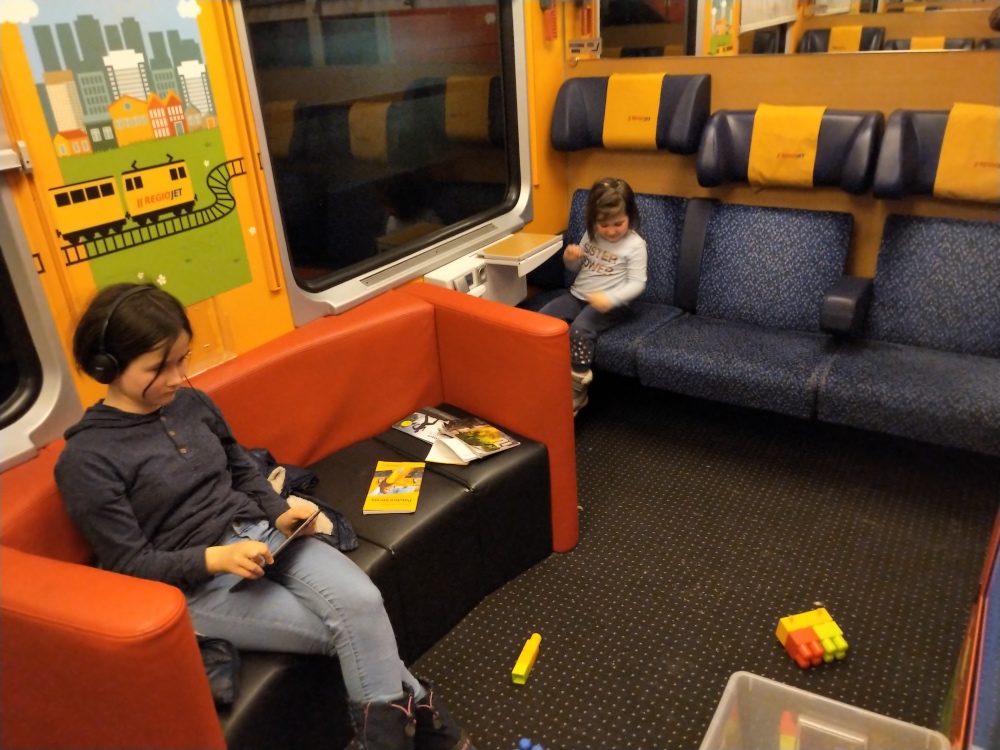 VIENNA, Austria- We missed our train back to Prague.

That’s the most face-preserving way I can put it.

In actuality I put myself and my two girls on the wrong train and we rode out of Vienna Central going the wrong direction.

How does this happen after traveling for 20 years and taking more European trains than I care to count?

To my feeble credit, there were other people on the train that had done the exact same thing. After they found out about my excessive travel experience they asked how this could of possibly of happened to me.

Excessive experience can sometimes be more of an issue in travel than a lack of experience. When you know how to do something so well that you don’t even have to think about it you sometimes stop … thinking about it.

Our train platform number came up on the board and I rushed up to it and just joined the crowd onto the train without double checking where it was going. I was so occupied with getting my girls in their seats and getting our luggage set, that I didn’t notice the placards indicating Vienna airport until we were already on our way there. There was no other choice but to ride for a half hour out to the airport, turn around, and ride all the way back to Vienna central.

I sat there across from my two girls for around five minutes thinking about how I would tell them. They were excited to be riding back to Prague, where they could tell their mother all about the things that we did in Vienna. How do I tell them that I put them on the wrong train and we wouldn’t be arriving back in Prague until late at night — at best.

I’m not particularly prone to the feeling of embarrassment, but I have to say in that moment that I was, yes, embarrassed.

I gave them a couple of blueberry granola bars to sooth the news that I was about to break. They were eating them and smiling.

They looked at me.

“We’re not riding on a train to Prague.”

They looked confused, and were all of a sudden not so interested in their blueberry granola bars.

“What do you mean? Where are we going then?” Petra asked.

“I got us on the wrong train. We’re on our way to the Vienna airport. We will have to turn around and go back to the train station and get on a different train to Prague.”

They looked mortified. Rivka was about to burst into tears.

***
However, getting us on the wrong train gave me the opportunity to book another train ticket — hooray — which ended up way different than I expected.

Back at Vienna Central, I walked up to the RegioJet podium. RegioJet is the Czech Republic’s budget bus and rail line. It is so budget, in fact, that they don’t even have a ticket office — going for a tiny portable podium set ups set up in the hallways of trains stations that their reps sell tickets from instead.

“Would you like to sit in the family section? There are TVs and free children’s movies,” the RegioJet rep asked.

“Sure, how much more does it cost? Same price? Yes.”

I bought two tickets to Prague. The price came to 16 euro. I thought that the “family section” would be a normal row of seats that had TVs for the kids to watch cartoons. I was wrong.

The family section ended up being a private compartment that was decked out like a daycare. There were bins of toys, a soft carpet, and a big TV that had an array of children’s programing on it, and a couch. There was another family with three kids in there with us. It was luxury for the kids — or at least their version of it. They could roll around and play, be entertained, and eat while enduring the potentially arduous task of riding on a train.

The idea was ingenious. Not only does RegioJet make kids — and parents — happy with these family compartments but they also successfully quarantine children from other parts of the train — other parts that more than likely are full of people who cringe at the sight of children sitting anywhere in their proximity (to put it mildly).

Petra and Rivka are good travelers — they’ve been on the road since they were born. They know that when they are on trains, planes, and buses to sit and chill, look out the window, play with their electronic devices, and not disturb people. This is a standard operating procedure for them. Normal, sedentary kids? Not so much. 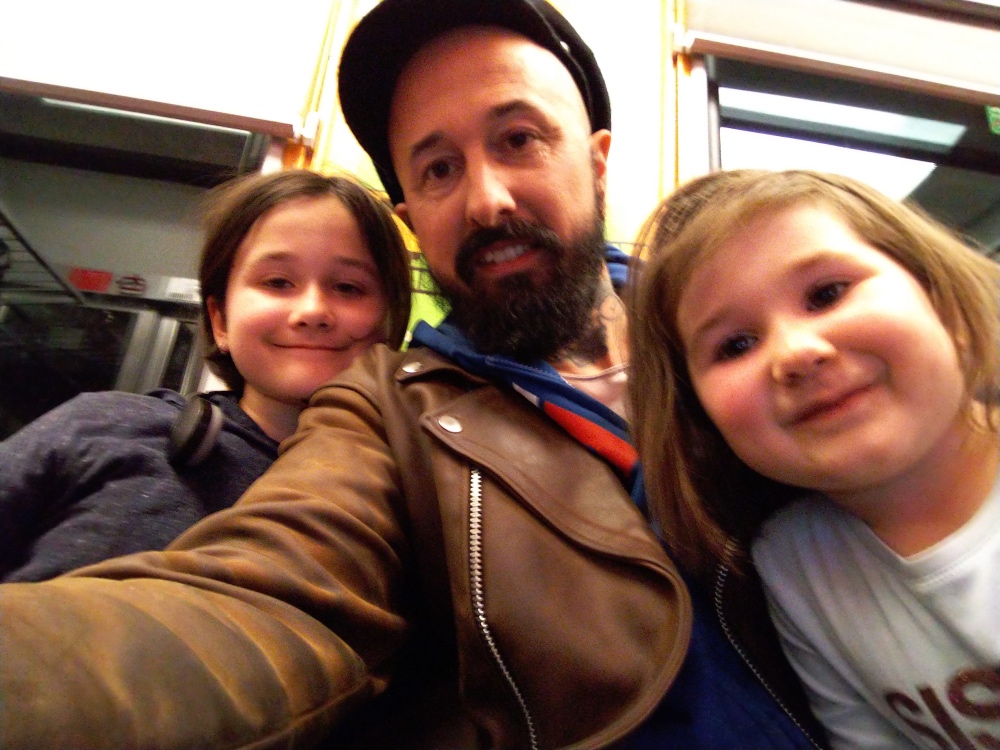 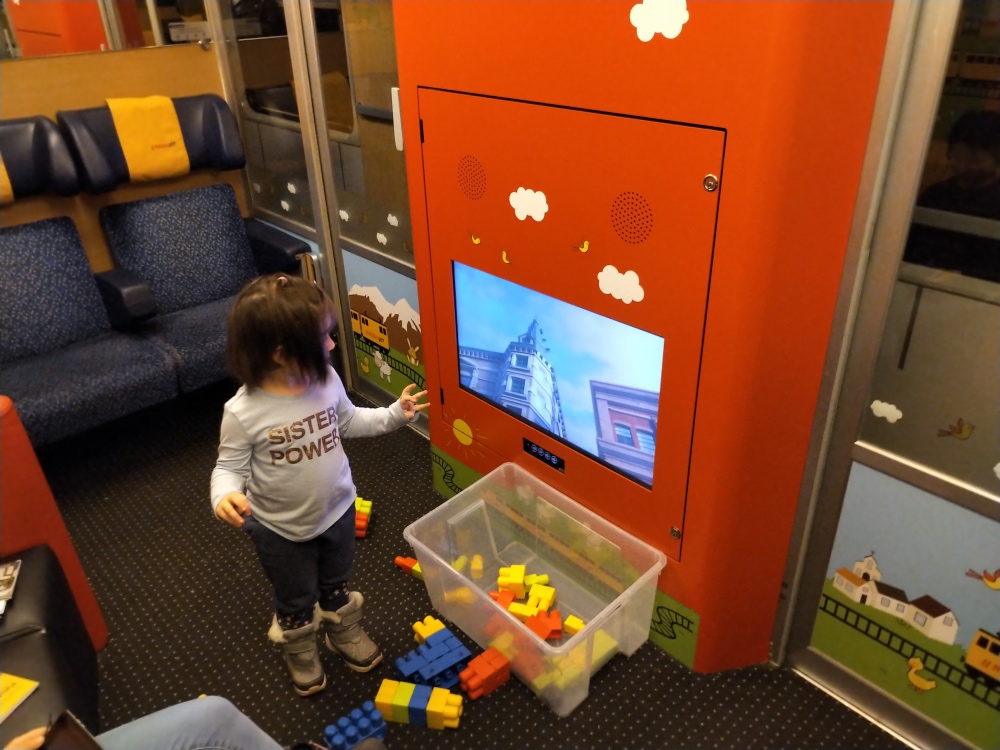 Next post: Only one letter separates writer and waiter

Previous post: I Was A Guest On The Startup Societies Podcast